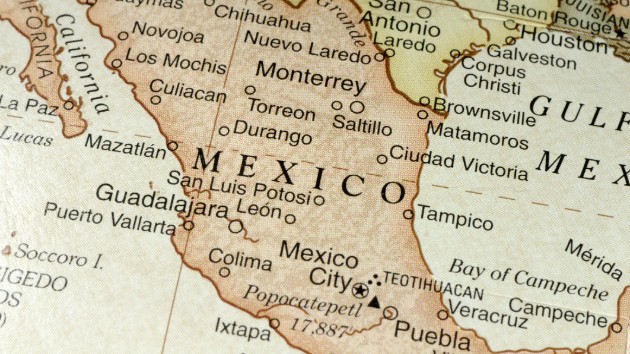 KeithBinns/iStock(NEW YORK) — When nine Americans were brutally murdered in Northern Mexico, the incident shined a light on the extremely dangerous conditions in the region as well as the presence of the Mormon community there. The victims, who were en route to a wedding when they were attacked, were followers of the Mormon faith, though their religious community had distanced itself from the Utah-based Church of Jesus Christ of Latter Day Saints in recent decades. The nine people who were killed — all women and children — were members of the LeBaron family, which splintered from the LDS church decades ago. They lived in La Mora, a Mormon community in the Sonora state, family said.The area of Mexico where the family had been traveling is located between the Sonora and Chihuahua states, a region that is the subject of territorial dispute by several drug cartels. The exact cause of the attack has yet to be determined, but authorities are zeroing in on the criminal group “La Linea,” which has been warring with elements from “Los Salazar,” which is aligned with the Sinaloa cartel.The area is also known for several Mormon communities that were founded by missionaries in the late 19th century. The first arrived to Sonora in 1876, according to the LDS church, and quickly set up camp in the region.It took more than 100 years for the Mexican government to formally recognize the church, but nearly 150 years later, the LDS’ Mexican membership is almost 1.5 million, the church says. There are 13 temples in the country, with another one currently under construction, making it second only to the United States in terms of temples and membership.But some of the missionaries who left America weren’t just intent on finding new members — they were also fleeing what they felt was religious persecution for their polygamist beliefs.“Beginning in the 1860s, and really ramping up in the 1870s and 1880s, the Federal Government [was] mounting a very, very intense campaign to try to stamp out polygamy,” said Matthew Bowman, the Howard Hunter Chair of Mormon Studies at Claremont Graduate University in California.The LDS church then sent a few colonists to Canada and Mexico. In Mexico, church members founded two settlements that are still there today: Colonia Dublán and Colonia Juárez.In 1890, the LDS church officially renounced polygamy, though it took a few decades for the ruling to be accepted by some. By the 1920s, the church leadership began excommunicating people who continued to practice polygamy, according to Bowman, who is also an associate professor of history and religion at the university.“And it’s at that point then that some of these Mormon believers who really want to preserve the practice start to identify themselves as something other than LDS,” said Bowman.“They would claim ‘We’re really preserving this tradition. This church that has abandoned polygamy is not. So we are… more fundamental and closer to the roots,’” Bowman explained, referencing the offshoots of Mormonism that had started to emerge.These church members fled south and eventually settled in Northern Arizona. Others, like Alma LeBaron’s family, continued past the border and into Mexico. There, LeBaron’s sons established their own congregation called “The Church of the First Born of the Fullness of Time,” according to Bowman.Even among the fundamentalist groups, the LeBaron clan was known for being secretive and standoffish. Following Alma’s death, his sons spent years feuding over how to run the family church, Bowman said.One of Alma LeBaron’s sons, Ervil, died in prison in 1981 after being imprisoned nine years earlier for his role in his brother Joel’s death, according to the New York Times. Ervil split from the Church of the First Born to form a second sect, the Church of the Lamb of God.Julian LeBaron, a family member of the victims in the ambush, said that they were descended from the original LeBaron family and are “people of faith.”“A lot of us come from polygamist background. and because of that there’s this massive family and this massive network of people that really just come together at a time like this,” said another relative, Kendra Lee Miller. “For my brother’s funeral in January we had a thousand attendees.”All Mexican Mormon communities trace their heritage back to Utah, which is why many residents of the Mexican Mormon communities continue to travel back and forth between the United States and Mexico. Many of these residents also hold dual-citizenship, like the family of nine that was murdered.And although the LDS does not recognize this Mormon community, they extended their condolences to the victims and their families.”We are heartbroken to hear of the tragedy that has touched these families in Mexico,” the church said in a statement to ABC News. “Though it is our understanding that they are not members of The Church of Jesus Christ of Latter-day Saints, our love, prayers and sympathies are with them as they mourn and remember their loved ones.”Copyright © 2019, ABC Audio. All rights reserved.