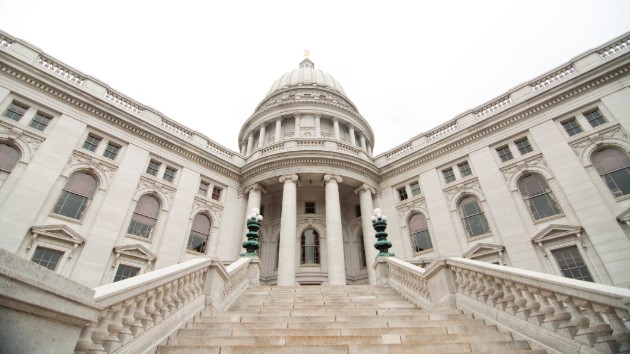 Jason_Ray_Photography/iStock(MADISON, Wis.) — Wisconsin state Assembly Republicans passed a slate of laws aimed at suicide prevention Thursday, in response to rising suicide rates in the state.”Every one of us, unfortunately, has a friend, family member or colleague, who has been in a really bad place,” Rep. Robin Vos, speaker of the Wisconsin state Assembly, said in advance of the vote.For Vos, that person was his former college roommate, who was married and had a family, and who died by suicide, he explained.”Far too many people in Wisconsin don’t even know what people are going through,” Vos said.The bills came out of a bipartisanship suicide prevention task force Vos created.One proposal would require schools that issue student identification cards to include a suicide prevention hotline on cards printed in the future. Another proposal would require two hours of continuing education for mental health professionals, to ensure that they understand important cues for suicidality when listening to patients.Other proposals would provide grant funding to schools and local governments for suicide prevention programs, as well as grants to gun shops that temporarily store weapons for people who are experiencing mental health crises.Now that the bills have passed in the Assembly, they’ll move to the state Senate. If approved there, Gov. Tony Evers would have the opportunity to sign them into law next year.In 2017, more than 47,000 people died by suicide around the country, according to the Centers for Disease Control and Prevention. Copyright © 2019, ABC Audio. All rights reserved.

Climate change could aggravate over half of known human pathogens, scientists say