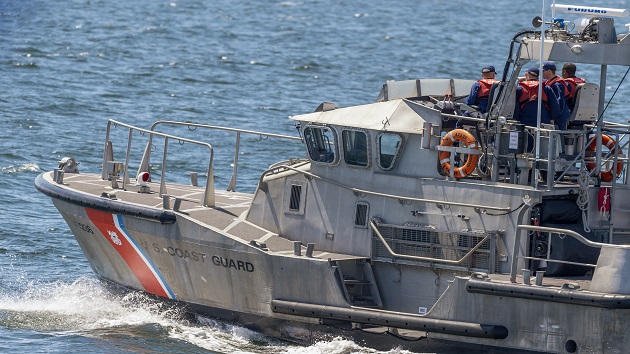 iStock/danlogan(GALVESTON, Texas) — The U.S. Coast Guard has suspended its search for the missing Air Force airman who fell from an aircraft over the Gulf of Mexico five days ago, officials said.The search has now transitioned to a recovery effort and the U.S. Air Force is taking the lead, according to a statement from the Air Force on Friday.“We would like to extend our gratitude to all of the federal, state and local units that have aided in the search for our Airman, especially the U.S. Coast Guard,” U.S. Air Force Col. Matt Allen, commander of the 24th Special Operations Wing, said. “We will continue our recovery effort as long as circumstances and resources allow to bring our Airman home.”The Special Tactics airman fell from a C-130 aircraft on Tuesday over the Gulf of Mexico during a parachute training exercise. Officials have not yet released his identity, but will do so after the family has been notified.The Air Force is investigating the incident. It is still unclear what led to the fall and the Air Force did not respond to ABC News for further comment on Saturday.Recovery teams are adjusting the search area as they move forward in their efforts, but no other details were provided. Copyright © 2019, ABC Audio. All rights reserved.