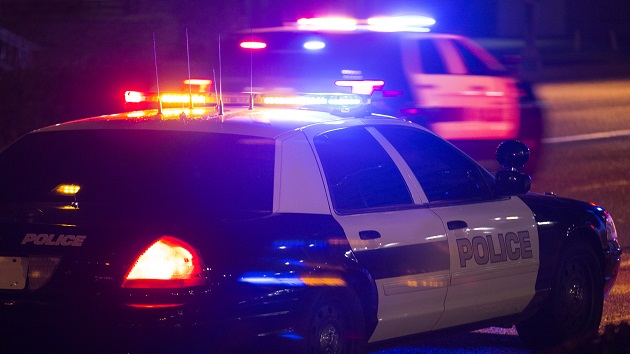 iStock/MattGush(LAS VEGAS) — A father and daughter were arrested in Los Angeles County this week after they allegedly kidnapped a woman from North Las Vegas, robbed and raped her and left her to die in the California desert.Stanley Alfred Lawton, 54, and Shaniya Nicole Poche-Lawton, 22, are charged with kidnapping to commit another crime, attempted murder, forcible rape and first-degree ATM robbery for the “vicious” crime spree last week. Lawton was arrested on Wednesday in Palmdale, California, and Poche-Lawton was arrested early Thursday, police said.The father and daughter abducted the unnamed woman, who was in her 40s, according to police, on or about Oct. 30 in North Las Vegas, Nevada. The duo then held her captive in California for about a week, where she was raped, assaulted and forced to withdraw money from an ATM machine, Los Angeles County Sheriff’s Department Capt. Eddie Hernandez said at a press conference Friday.”It’s a vicious case,” Hernandez said. “It’s at gunpoint by force, that victim is then transported across state lines, held in a house inside a room for at least a week.””At some point she was sexually assaulted, and then left for dead,” he added.On Nov. 6, she was dumped by the side of the road in rural Kern County, California, north of Los Angeles. Military police from Edwards Air Force Base found the woman, who was disoriented, cold and “suffering from the elements,” police said. She was taken to a hospital, treated and released.Hernandez said the kidnapped woman was known to her captors, but did not elaborate further other than to say they are not related.He also said the suspects were armed when the victim was abducted.”She’s very lucky to be alive,” said Hernandez.Lawton is being held on $4.5 million bail, while Poche-Lawton is being held on $1 million bail. Both will appear in court on Nov. 12. Copyright © 2019, ABC Audio. All rights reserved.