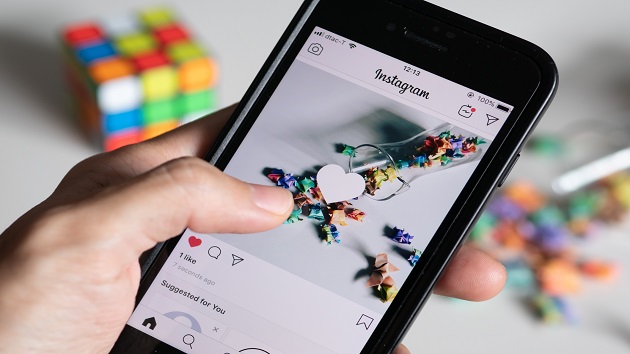 iStock/Wachiwit(NEW YORK) — You can still double-tap your secret crush’s new Instagram post from the beach, but seeing how many others liked the photo could soon be a thing of the past.Instagram announced that it’s going to test hiding public “like” counts for some of its users in the U.S. next week.“Heads up! We’ve been testing making likes private on Instagram in a number of countries this year,” Adam Mosseri, head of Instagram, said in a statement Friday. “We’re expanding those tests to include a small portion of people in the US next week. Looking forward to the feedback!Mosseri, speaking at the Wired 25 event Friday, said removing likes is a way to help young people. Many of the platform’s younger users, he said, experience bullying and a sense of unnecessary competition because of the likes.“It’s about young people,” he said at the conference. “The idea is to try depressurizing Instagram, make it less of a competition and give people more space to focus on connecting with people that they love, things that inspire them.”Users will still be able to see who liked their post and like counts after this change, but that information would no longer be public for both photos and videos on the app.Instagram has tested removing public likes in seven countries, including Japan, Brazil, Canada, among others. Once it is rolled out to select users in the U.S., it will evaluate not only user feedback but also creators and businesses that use the platform.Although getting input from the business community is essential, Mosseri said the company would do what’s best for users.“We have to see how people feel about the platform, how it affects how they use the platform, how it affects the creator ecosystem,” Mosseri said, adding, “We will make decisions that hurt the business if they are good for people’s well-being and health because it has to be good for the business in the long-run.”Going forward, Mosseri said he hopes Instagram helps to change how social media platforms deal with bullying.Facebook, which owns Instagram, has done some of its own experimenting with likes but there are no publicly known plans for a broad rollout or test in the U.S.Last month Instagram did away with another feature — its “following” activity tab. That feature allowed users to see which posts their followers liked and commented on.Vishal Shah, Instagram’s VP of product, told BuzzFeed in October that the company was removing the feature because it was not popular with users.”People didn’t always know that their activity is surfacing,” Shah said. “So you have a case where it’s not serving the use case you built if for, but it’s also causing people to be surprised when their activity is showing up.” Copyright © 2019, ABC Audio. All rights reserved.