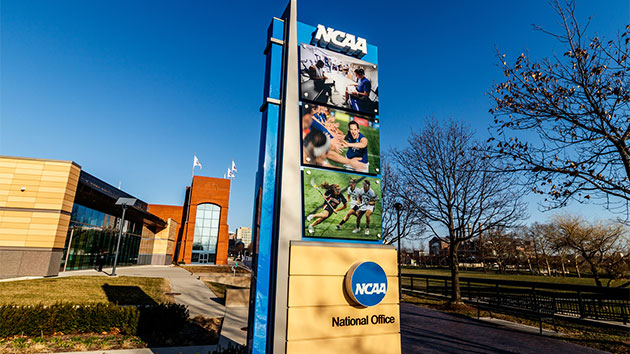 jetcityimage/iStock(COLUMBUS, OH) — LeBron James on Saturday voiced support for Ohio State football defensive star Chase Young, who was suspended by the university and later said it was because he borrowed money from a family friend.Young said Friday on Twitter that he would not be playing this week “because of an NCAA eligibility issue.”The junior defensive end called his decision to accept the loan “a mistake” and said he repaid it in full last summer.Sources told ESPN that money from Young’s loan was used to help fly his girlfriend to attend the Rose Bowl.James, a former Cleveland Cavalier and Ohio native, defended Young and criticized the National Collegiate Athletic Association in a series of tweets.”The fact Chase Young even had to borrow money from a family member just so his girlfriend could come see him play in one of the biggest games of his life (Rose Bowl) should tell you all you need to know,” James wrote in a tweet. “And since y’all always wanna know more he paid it back to his family member.”In another post, James said, “They don’t care about them kids at all. Only about how they can make them [money],” referring to the NCAA.The NCAA declined to comment on James’ remarks when reached by ABC News.It is a school’s decision to play, or not play, an athlete, according to the NCAA. The organization is waiting to hear back from Ohio State as to whether Young did violate any rules, and if a violation did occur, the association would then decide how long the suspension will last.Ohio State self-reported the potential violation, according to the NCAA.The Ohio State Department of Athletics said in a statement that Young would sit out for Saturday’s game against the Maryland Terrapins “due to a possible NCAA issue from 2018 that the Department of Athletics is looking into.”The suspension comes a little more than a week after the NCAA decided to break its long-held rule of forbidding student-athletes from earning income by voting unanimously to allow them to profit from their names, images and likenesses.Young, a Maryland native, is considered a potential No. 1 pick in the upcoming 2020 NFL draft. Copyright © 2019, ABC Audio. All rights reserved.