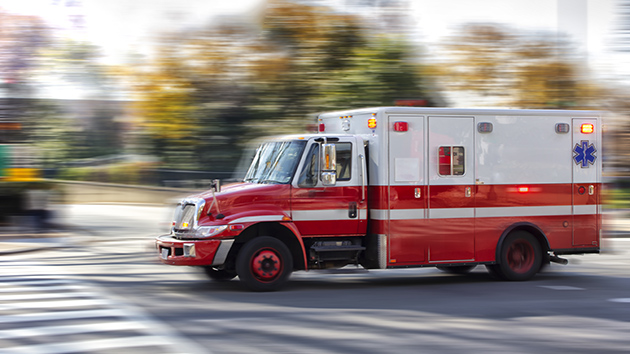 wsfurlan/iStock(NEW YORK) —  A 7-year old boy is fighting for his life after plummeting 9 floors from his family’s apartment window.The incident occurred around 11 a.m. on Saturday morning at the Bronx River Houses in the Soundview area of the Bronx in New York City when the unnamed boy pushed past a piece of cardboard that was duct-taped next to the air conditioning unity and managed to fall.Authorities responded to the scene where they found the boy gravely injured on the ground and rushed him to Jacobi Medical Center where we was listed in critical condition, according to ABC News’ New York station WABC.The boy suffered several broken bones and internal bleeding and has already undergone surgery for brain hemorrhaging.“They were putting him on the stretcher. It wasn’t a good site to see. You never want to see a child being out on the stretcher. The mother was right by his side along with the sisters,” family friend Norma Saunders told WABC News.“He was screaming. I was upset to see a kid like that,” said Jimmy Graham, a neighbour of the family. “It upsets everybody.”Investigators could be seen both inside and outside the building trying to piece together the circumstances that led to the estimated 72 to 90 foot fall from the apartment.Neighbor Lessette Betancess said, “It is tragic. You know, I feel bad for the family and for the kid.”His family remains at his bedside and they have asked the public for their prayers.Copyright © 2019, ABC Audio. All rights reserve