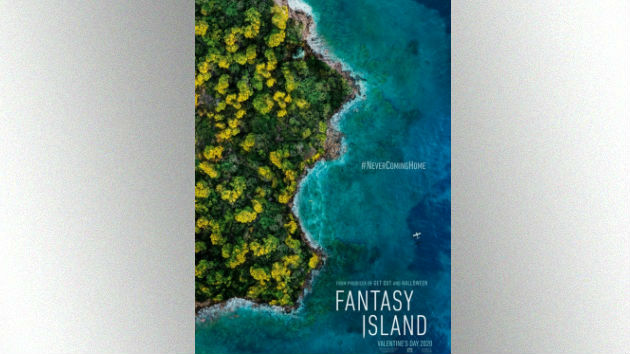 Sony Pictures(LOS ANGELES) — Fantasy Island, the kitschy hit TV show that ran from 1978 to 1984, has gotten a scary reboot from Blumhouse, the horror masters who released Jordan Peele’s Oscar-winning movie Get Out.

The new trailer has Michael Pena playing the late Ricardo Montalban’s signature role as the enigmatic, white suit-wearing Mr. Roarke. Gone is his little person sidekick, Tattoo, played by the late Hervé Villechaize — though “The plane!” is still a Fantasy Island catchphrase.

Like the show, people who come to experience a fantasy learn they get more than they bargained for.  However in this permutation, guests including Lucy Hale and Maggie Q don’t get the happy endings experienced by the classic series’ weekly guest stars.

For example, Hale’s character asks to get revenge on a school bully from her past. When she’s treated to a shot of that bully tied up and awaiting Saw-like torture at her former victim’s hands, however, Hale’s character learns there are real-life consequences to what she’s wanted.