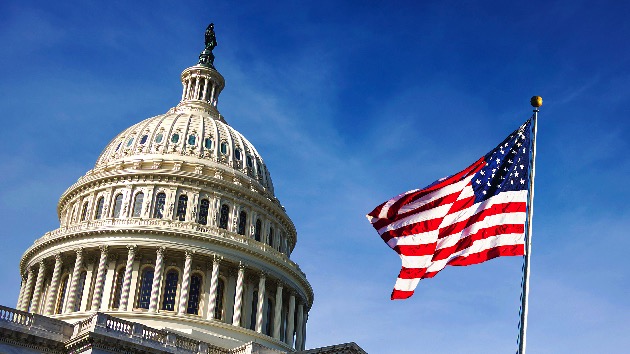 rarrarorro/iStock(NEW YORK) — Congressman Peter King, who has represented his Long Island congressional district for almost 30 years has announced that we will retire and not seek re-election in 2020.King, 75, is a 14-term congressman who was first elected to New York’s 2nd district in 1992. His vacant seat leaves Democrats with an opportunity to gain a competitive seat in the House as they look to defend -– and possibly increase -– their majority in 2020.King announced his retirement in a Facebook post saying that “this was not an easy decision.”“The prime reason for my decision,” King said, “was that after 28 years of spending 4 days a week in Washington, D.C., it is time to end the weekly commute and be home in Seaford.“Politically, I will miss the energy and dynamism of a re-election campaign especially since my polling numbers are as strong as they have ever been and I have more than $1 million in campaign funds,” he said. “Governmentally, I will miss fighting for the people of my district and America and will always be proud of my efforts for 9/11 victims and their families; protecting our citizens from terrorism and MS-13; leading the successful effort to recover from Superstorm Sandy; being consistently cited for bipartisanship; working with President Clinton to achieve the Good Friday Agreement and end centuries of warfare in Ireland and Northern Ireland; and standing with the brave men and women of law Enforcement.”King’s district has become more competitive in recent years. He won re-election in 2018 by only 6 percentage points after winning by 17 percentage points 2 years earlier. Donald Trump won the district by 9 points in 2016 but President Barack Obama won the district in 2012 and 2008.The former Chair of the House Homeland Security Committee has long maintained a reputation for bipartisanship and being able to be one of the few people in Congress to reach across the aisle. In 2017, King was named as the most bipartisan member of Congress by the Lugar Center in an index ranking of all members in the 114th congress.King has also earned a reputation for his hard lines on immigration and crime.“For too long the federal government has not done enough to secure our borders or enforce immigration laws already on the books. The border situation is even more serious now because it’s not just undocumented workers trying to enter the country looking for work but rather organizations seeking to exploit our porous borders to smuggle weapons and drugs into the U.S.,” says King’s platform on his website.Regarding crime, he says “I have been a leader in cracking down on illegal gun trafficking, ensuring only qualified individuals are able to purchase weapons, and respecting individual state laws on firearm purchases, all while respecting the Second Amendment Rights of Americans nationwide.”

Peter King stood head & shoulders above everyone elseHe’s been principled & never let others push him away from his principlesHe’s fiercely loved America, Long Island, and his Irish heritage and left a lasting mark on all 3I will miss him in Congress & value his friendship https://t.co/GSXizZ2c5D

Senate Minority Leader Chuck Schumer lauded King in a tweet saying “he stood head and shoulders above everyone else.”King thanked the residents of the 2nd Congressional District who elected him for 14 terms and indicated that, even though he was retiring, he would vote against Donald Trump’s impeachment and will support the president’s bid for re-election in 2020.Copyright © 2019, ABC Audio. All rights reserved.

House’s Jan. 6 committee announces next hearing, for next week