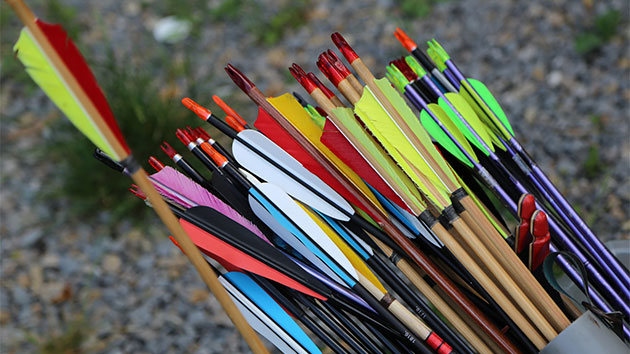 Leo Malsam/iStock(WASHINGTON) — Police in the San Francisco Bay Area are on the hunt for a man who allegedly injured two homeless men by using an unknown weapon to shoot arrows at them. The Saturday morning attack left the two men impaled with arrows, according to the East Bay Regional Park District Police.The alleged arrow shooter was riding a purple Cannondale bicycle near the homeless men’s encampment in Richmond, near the San Francisco Bay Trail at the time of the attack, police said.The men, whose identities were not made public, were taken to the hospital and underwent surgery, police said. They are listed in stable condition.Police said in a press release that the alleged suspect — a black man in his early to mid-20s, about 5-foot-6, 130 pounds with an athletic build — was an acquaintance of the victims.Police also described the alleged suspect as clean cut” with short curly hair and brown eyes. He was last seen wearing a gray or blue heavy jacket with white fleece and an old blue backpack. Copyright © 2019, ABC Radio. All rights reserved.