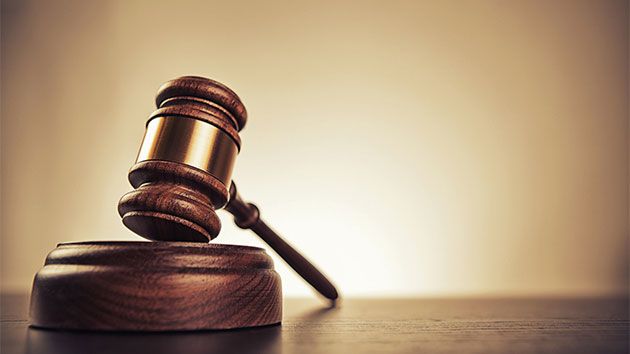 Marilyn Nieves/iStock(WASHINGTON) — Former deputy Trump campaign manager Rick Gates testified during Roget Stone’s trial on Tuesday that the campaign had a keen interest in the anticipated release of stolen emails from Hillary Clinton and the Democratic Party prior to the 2016 election, and held a series of what he called “brainstorming” sessions among top campaign aides about WikiLeaks. Stone, a veteran Republican operative, is on trial in Washington, D.C., facing a series of charges brought by special counsel Robert Mueller’s team in January. The counts against Stone include lying to Congress, witness tampering and obstruction of proceeding. He has pleaded not guilty. In his testimony as a government witness in the criminal case against Stone, Gates described discussions he said he had with several senior campaign officials leading up to WikiLeaks’ release of hacked materials as part of an effort to hurt the campaign of then-candidate Donald Trump’s 2016 political opponent, He also said Stone shepherded those discussions.In June, when WikiLeaks founder Julian Assange claimed to have information about Clinton, Gates said campaign’s response “was one of happiness … it was, in a way, a gift.”Gates said then-campaign chairman Paul Manafort instructed him to keep in touch with Stone “from time to time” and report back on the status of WikiLeaks’ releases. According to Gates, Manafort said he would then pass along that information to campaign officials and “the candidate himself,” referring to Trump.Stone Also expressed an interest in touching base directly with other campaign officials, Gates said. In June, Stone sent Gates an email asking for contact information for Jared Kushner, the president’s son-in-law.”Mr. Stone indicated that he wanted to reach out to Mr. Kushner [and another official] to debrief them about developments of the DNC announcement,” Gates said, referring to the DNC announcement that it had been hacked by Russians. Gates said in July the campaign had several “brain storming sessions” about “how the campaign would respond” if WikiLeaks released information about Clinton. Among those involved in the discussions, Gates said, were senior campaign officials Jason Miller, Stephen Miller, Paul Manafort. Gates sat in on those meetings, he said.And on July 22 when WikiLeaks released the much-anticipated stolen materials, Gates said “the fact that the information came out, the campaign was in a state of happiness … any time you’re in a campaign and damaging information comes out about your competitor, it’s helpful.”Gates also testified in late July, after WikiLeaks released information about Clinton, he overheard a conversation between Stone and then-candidate Trump. After the phone call, Gates said Trump “indicated that more information would be coming.”Entering the second week of the trial, federal prosecutors rested their case against Stone before lunchtime on Tuesday. Copyright © 2019, ABC Radio. All rights reserved.