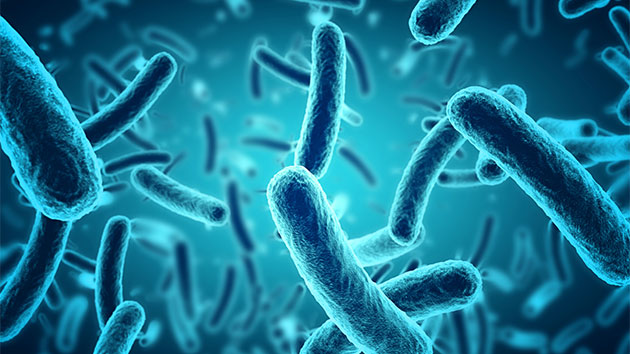 ClaudioVentrella/iStock(NEW YORK) —  Multiple strains of bacteria can combine to create a potentially deadly flesh-eating infection, according to a newly published case by researchers.When a patient arrived at a hospital with necrotizing fasciitis, a flesh-eating infection, doctors did not know that the infection in question compromised multiple strains of bacteria. To save the patient’s life, doctors had to perform a quadruple amputation. The case, detailed in a study published in the Proceedings of the National Academy of Sciences Monday, explains the rapid progression of the patient’s infection. The study’s findings could have implications for the general public.Necrotizing fasciitis is serious, according to the Centers for Disease Control and Infection, with one out of three people dying from the infection, even with treatment.”Initially, nobody really knew that there were different strains of the bacteria,” explained Ashok Chopra, co-author of the study and a microbiologist at the University of Texas Medical Branch.Based on a reliable test, everyone presumed there was one bacteria involved.”When we started doing further investigation, we found that there were different strains,” Chopra said.It’s an important distinction, since different strains of bacteria can have different antibiotic-resistant patterns. One strain could be sensitive to certain antibiotics, while another strain is not, meaning that the resistant strain could continue to multiply and cause disease.To treat multiple strains and administer the best possible treatment to patients, researchers need better diagnostic tools. Traditional diagnostic techniques could take anywhere from 24 to 48 hours before doctors know exactly what kind of infection they’re dealing with, Chopra explained.If that diagnostic period, including differentiating between strains, was reduced to three or four hours, it would be a game-changer.”I think we could save many more lives if we know exactly what kind of a treatment has to be given,” Chopra said.Copyright © 2019, ABC Radio. All rights reserved.