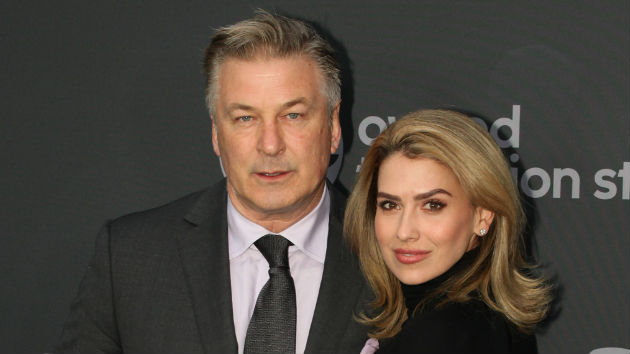 Walt Disney Television/Yolanda Perez(NEW YORK) — Hilaria Baldwin is opening up about the pain of miscarriage after revealing Monday she and her husband, Alec Baldwin, lost a child.

Hilaria, 35, was four months pregnant with the couple’s fifth child at the time.

“We also want you to know that even though we are not ok right now, we will be,” the mom and yoga instructor wrote on Instagram. “We are so lucky with our 4 healthy babies — and we will never lose sight of this.”

Baldwin and her husband — already parents to Carmen, 6, Rafael, 5, Leonardo, 3, and Romeo, 1 — had been expecting a girl. Alec Baldwin also has a 23-year-old daughter, Ireland, from his marriage to actress Kim Basinger.

Baldwin announced her most recent pregnancy in September, early on in her first trimester, because she didn’t “want to hide the pregnancy,” she wrote at the time in an Instagram post in which she also shared a video of the baby’s heartbeat.

Miscarriage — defined as the loss of a pregnancy in any trimester — is a common occurrence but remains an often taboo topic, a reality Baldwin has said she tried to address by revealing her pregnancies earlier on.

Baldwin found out about the loss of her child at a doctor’s appointment Monday. She wrote that she was “devastated” and “in shock” but hoped to “try very hard” for a second daughter in the future.

We are very sad to share that today we learned that our baby passed away at 4 months. We also want you to know that even though we are not ok right now, we will be. We are so lucky with our 4 healthy babies—and we will never lose sight of this. I told Carmen and took this so I could send it to Alec. I guess this is a good way to share it with you too. I told her that this baby isn’t going to come after all…but we will try very hard to give her a little sister another time. I’m really devastated right now…I was not expecting this when I went to my scan today. I don’t know what else to say…I’m still in shock and don’t have this all quite clear. Please no paparazzi…that’s all I ask ??