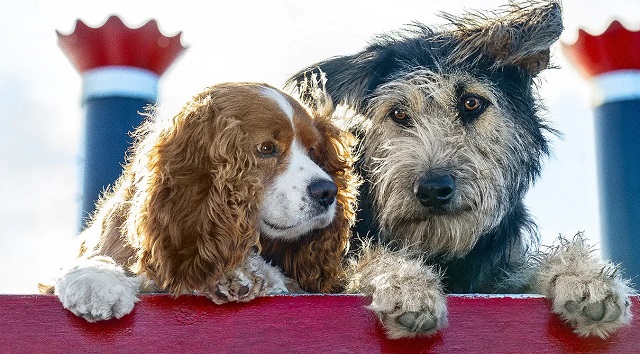 (c) 2019 Disney Enterprises, Inc. All Rights Reserved.(NEW YORK) — This is the night, it’s a beautiful night — to share a plate of spaghetti and watch the new live action Lady and the Tramp on the newly launched Disney+.

“Our story and both the original film, the 1955 version, is a film about love, about family, about loyalty, about commitment, about the ways in which love allows us the capacity to challenge our own world views, to expand our horizons,” Thompson says.

She adds, “I think it tells kids and adults alike not to be afraid of the world, but also to really respect and honor what you have when you go home.”

The film used real rescue dogs as its canine stars, inspiring some cast members to adopt pets of their own. Brown adopted a dog named Harley right from set, and Thompson later adopted a dog named Coltrane. Martinez says his dog, Milo, passed away during filming and he now consider the movie a “tribute” to him.

One thing’s for sure: the pups got top billing.