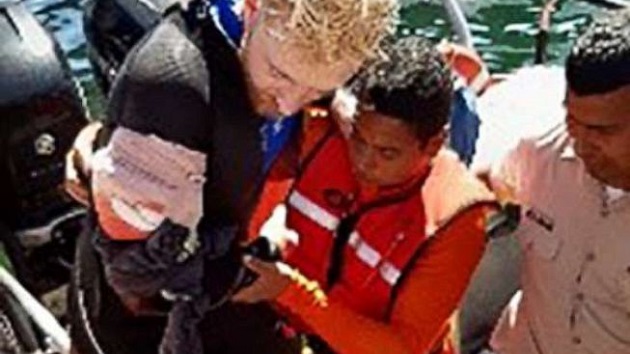 Mexican Navy(NEW YORK) — An American diver was attacked by a shark off the coast of Mexico, officials said. The 23-year-old U.S. citizen was diving in Magdalena Bay off the coast of Baja California Sur state in northwest Mexico on Monday when a shark chomped down on his right forearm, according to a press release from the Mexican Navy.The man, whose name hasn’t been released, apparently managed to swim back to his dive boat and call for help. He was medically evacuated by a naval search and rescue team to the port of San Carlos, where an ambulance transported him to a local hospital for treatment.The man’s wounds are not considered life-threatening, according to the Mexican Navy.It’s unknown what species of shark attacked him.ABC News has reached out to the U.S. Department of State for comment. Copyright © 2019, ABC Audio. All rights reserved.