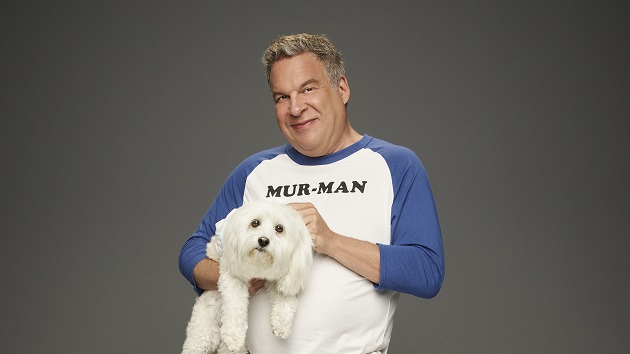 ABC/Andrew Eccles(NEW YORK) — Comedian Jeff Garlin notched his 37th year in comedy the same day he filmed his new Netflix special Jeff Garlin: Our Man in Chicago.  The special is out today.  However, fans can expect something a little different in his latest masterpiece as pain will serve as his newest muse.

The Goldbergs star doesn’t tiptoe around the extensive heartbreak he suffered over the past year.  Telling ABC Audio, Garlin reveals,  “I’ve gotten divorced.  My mother died.  My dogs both died.”

While each instance was equally devastating to him, Jeff says the audience finds just one the most heartbreaking.  “It always happens.  I’ll bring up divorce, my mom’s death, but my dogs died is what gets a strong reaction from the audience,” he laughs.  “It’s really funny.  I mean, that’s funny to me that the dogs. Oh, ‘awww divorce.’  Not ‘awww mother dying."”

With 37 years’ experience under his belt, Garlin also touched upon how comedy has evolved over the years… or has it?  “My comedy has not changed one iota,” the 57-year-old asserts.

Garlin explained that he doesn’t buy into the theory people are too sensitive these days and that comedians are constantly under fire for things they say and tweet. “The idea that we’re living in a society where nothing is funny anymore. Wrong. Everything is funny. And it’s still just as funny as it ever was. And I feel no handcuffs, no boundaries,” he said.

When asked about how he prepared for his latest special, the answer was definitely on brand.  “Preparation is very important, but my preparation in stand up in general is no preparation, like literally no,” The comic revealed.  “Like I walked to the stage having no idea what I’m going to say.”

Jeff Garlin: Our Man in Chicago is available now on Netflix.