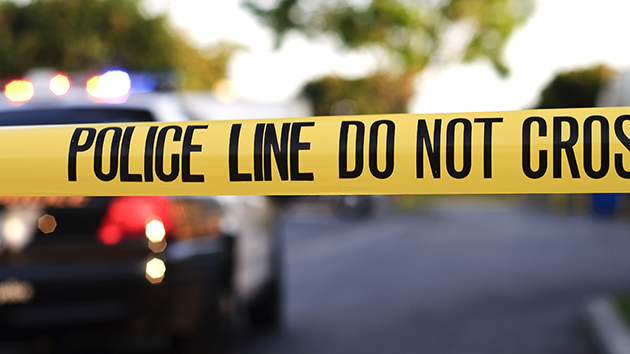 aijohn784/iStock(DETROIT) — When a 21-year-old Detroit, Michigan, aspiring nurse did not contact her father as she was heading home from work, red flags were raised.KaBria Arnold’s close-knit family had a system where they would text or call their dad wherever they went. On Sunday, Nov. 10, KaBria Arnold got off work from a local supermarket at 11:30 p.m. and was found dead 20 minutes later.”KaBria texted dad that she was at work, but never texted when she was leaving,” KaBria’s sister, Qiana Arnold, told ABC News over the phone on Wednesday.When KaBria’s Arnold’s phone went straight to voicemail, her father and his daughters sprung into action.”My dad and my other sister drove around the neighborhood and drove up and down streets they don’t normally drive around,” said Qiana Arnold.Detroit Police Department received a 911 call around 11:40 p.m. Sunday of shots fired on the corner of Pilgrim and Bentler Streets. When officers arrived, KaBria Arnold was laying on the street unresponsive.”They saw a lot of police cars, drove up and saw my dad’s car that KaBria drove to work,” said Qiana Arnold, who added, “and a body on the ground.”According to a Detroit Police Department spokeswoman, multiple shell casings “were found near the victim, but the victim sustained one fatal wound.””KaBria was a loving, beautiful spirit … everyone in the community knew her,” Qiana Arnold said about her younger sister. “We live in Rosadale Park, but in that area we have no idea who she would know over there.”KaBria Arnold played volleyball, softball and ran cross country for Renaissance High School. During the fall of 2018, she spent one semester at the University of Michigan-Dearborn and played on the softball team, a university spokeswoman told ABC News.”She was studying to become a registered nurse because she loved to help others…she would give her last to make sure her loved ones were okay,” said Qiana Arnold, who set up a fundraising page to help pay for her sister’s funeral. As of Wednesday morning, more than half of the family’s $15,000 goal had been raised.KaBria Arnold’s life was hoping to enroll again at UM-Dearborn in the spring of 2020, according to her family.Qiana Arnold’s voice cracked as she remembered her baby sister’s smile and the sadness that she will not meet her fourth niece who is expected to be born in the coming months.”The police are still trying to put everything together and they are asking us to be patient,” said Qiana Arnold.If you have information on this crime, contact the Detroit Police Department’s Homicide Unit at 313-596-2260 or Crime Stoppers at 1-800-Speak-Up.Copyright © 2019, ABC Audio. All rights reserved.