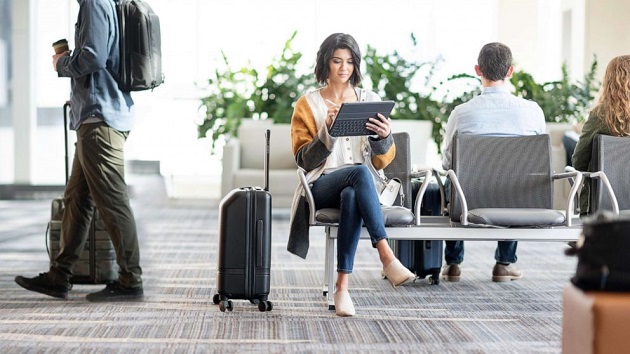 Nomatic(NEW YORK) — Ever have the wheel of your luggage fall off at the airport or the zipper on your suitcase break while on vacation?It happens to a lot of us, and it is not a great feeling.Travel and everyday carry company Nomatic is trying to get rid of that feeling with its “lifetime durability” rolling luggage.But does it hold up?ABC News went to The Break Bar in New York City to test just how durable Nomatic’s rolling luggage is.After putting on some safety gear, an ABC producer hit the luggage multiple times with a bat and sledgehammer. She also threw it against the wall and dropped it onto its wheels. After 30 minutes of testing, the bag was still in one piece, with just a few minor scratches and the only mishap being a small click when the handle is pushed down.Considering the amount of force the producer exerted onto the bag, it seems like it should hold up when it comes to the beating bags take while traveling.The journey to making a durable bagCousins Jon Richards and Jacob Durham started their company, Nomatic, in 2014 when they launched on Kickstarter with a wallet.Since then, they have raised more than $10 million on eight different projects, the latest being the rolling luggage.The two sought to create luggage that would hold up against the perils bags can face when traveling.They tested more than 25 prototypes to get the final product and, according to their company’s website, “each of the luggage pieces are built for lifetime durability with a 100% Makrolon Polycarbonate shell.””We designed luggage to solve the pain points as travel because luggage should be strong, packing should be easy and travel should be seamless,” Richards and Durham said.The pair’s rolling luggage exceeded their expectations and will be available on Nov. 14.