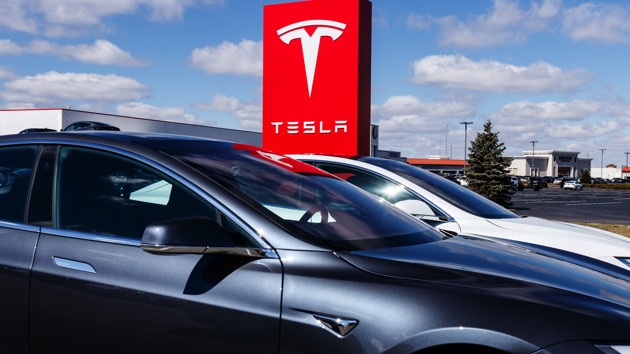 Musk confirmed on Twitter Tuesday that the new Gigafactory in Europe would make batteries, powertrains and even electric vehicles, “starting with the Model Y.”The new Gigafactory will be built near the Berlin airport.”Our European Gigafactory is expected to produce both Model 3 and Model Y,” Tesla said in a memo to investors late last month prior to the announcement, adding that production is expected to begin in 2021.Shortly after making the announcement, Musk told auto industry publication Auto Express that he chose not to put the new production factory in the U.K. because of uncertainty over Brexit.”Brexit … made it too risky to put a Gigafactory in the UK,” Musk said.The announcement comes just a few weeks after the automaker announced $143 million in Quarter 3 profits and that its new Gigafactory in Shanghai had been completed ahead of schedule, in just 10 months, and is “ready for production” pending final governmental approvals.Copyright © 2019, ABC Audio. All rights reserved.

US economy shrank 0.9% in second quarter