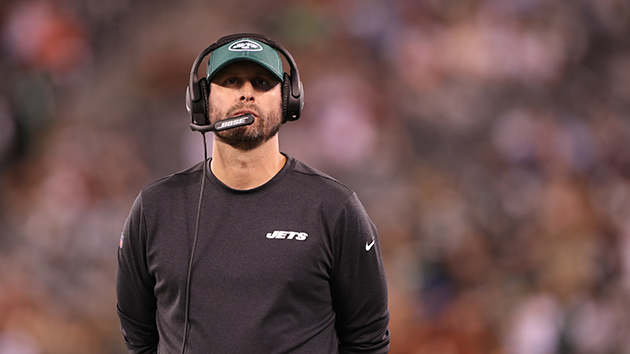 Photo by Allen Kee / ESPN Images(NEW YORK) — Despite a 2-7 record this season, the New York Jets intend to bring head coach Adam Gase back for the 2020 season, the team’s CEO said Wednesday.Christopher Johnson made his first public comments since the season began Wednesday, saying that he had told players last week that Gase would remain in his position. While he called the team’s performance “exceedingly frustrating,” Johnson praised Gase for keeping the team united and fighting through injuries.Johnson also expressed confidence in general manager Joe Douglas, who was hired in June. The team was criticized by some experts for firing former general manager Mike Maccagnan at the end of the offseason, after they had hired Gase as head coach and gone through the NFL Draft and free agency. Copyright © 2019, ABC Audio. All rights reserved.