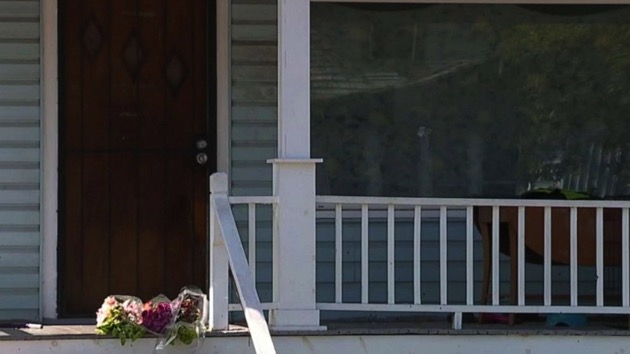 WEWS(CLEVELAND) — A suspect has been arrested for the murder of a 6-year-old girl who was asleep in her Cleveland home when she was fatally shot in the head, authorities said Wednesday.Lyric Lawson was asleep on a couch when bullets from a semi-automatic rifle pierced through her house at about 1 a.m. on Oct. 5 , said police. She was rushed to a hospital where she was later pronounced dead.

Reporting on the death of a child…never gets easier.This morning on #WEWS we have the latest in the search for answers surrounding the death of this beautiful baby. 6 yr. old Lyric Lawson was shot in the head while sleeping at home Saturday. Police say it was a drive by. pic.twitter.com/Am0vPYHbzq

Suspect Raysean Howard, 21, was arrested Wednesday morning in Hermitage, Tenn., while he was hiding in the attic of his father’s home, authorities said.Other people are believed to be “directly” involved in Lyric’s death and investigators are “following up as we speak on those other individuals,” police said at a news conference Wednesday.”We do believe that this was some continued violence or intimidation directed at someone else. We don’t think this was random, we do believe someone else was targeted at that home,” police said.”This is a continuing investigation,” Cleveland Police Chief Calvin Williams added. “We are by no means done.”Lyric’s aunt, Corday Lawson, said she was “so happy” to learn of the arrest. She didn’t expect it to take over one month, but she told ABC News, “I’m just grateful it didn’t take longer.””I just want everyone to remember her as the fun loving tomboy/girly girl she was,” Lawson said.”She was beautiful inside and out,” she said, adding that Lyric’s older and younger sisters are “missing her every day.”Eric Smith, special agent in charge of the FBI Cleveland Field Office, said Wednesday, “while the arrest will not bring back little Lyric Lawson,” he hopes it “will bring some closure to her loved ones.”Copyright © 2019, ABC Audio. All rights reserved.