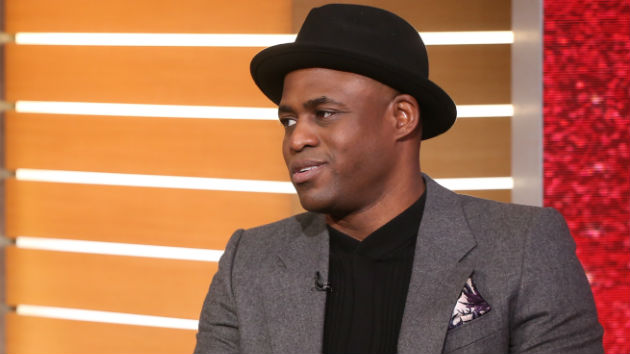 In the forthcoming episode, which will air sometime in 2020, Brady will play Tyson “Gravedigger” Sykes a World War II-era member of the U.S. military who becomes a “super soldier” after a secret experiment enhances his strength. Brady tells ABC Audio that he’s been a longtime fan of both DC and Marvel comic book series.

“I’m a big comic nerd–through and through,” Brady says.

“I used to read Black Lightning because as a little black boy growing up in the South, the people that looked like you and your representations were few and far between,” he continues. “And sometimes they weren’t the most positive.”

To that effect, Brady jokes that one of the less-than-positive aspects of some of the comics he loved — like Black Lightning and Luke Cage — were their less-than-admirable superhero outfits.

“Oh, my God, the clothing that they dressed that brother in,” Brady laughs, referring to Lightning’s flamboyant outfit in the comics. “A skin-tight electric blue suit with white and black electric bolts out off the side. And the karate sash and a mask and a big fro. Not necessarily the best fashion look.”

Still, Brady embraces those characters, adding it was a gift to be able to identify with his heroes.

“But, how amazing to see someone with your skin being called a hero and being able to do fantastic things,” he says. “So, I’ve always had books like Black Lightning close to my heart and on the top of my brain.”