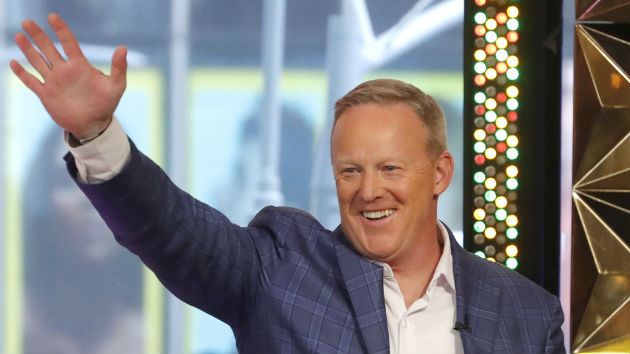 Walt Disney Television/Lou Rocco(LOS ANGELES) — Sean Spicer’s story on Dancing with the Stars might have come to a close, but a new chapter is apparently just beginning.

Entertainment Tonight reports that the former White House press secretary may be moving to daytime television.  He revealed, “I’m going to continue to do political work and strategic consulting, I’ve got a couple of media things that are in the works.”

But, when ET pressed him on details, Spicer remained tight lipped about his new venture and simply asserted “There’s nothing to announce at this time.”

There is one thing for certain, though.  The former White House official is done with competition shows… at least for now.

As to why he joined a celebrity dancing competition, he tells ET, “I did [DWTS] as a one-off to have fun and enjoy myself, learn something new and meet great people.”

He added that he “didn’t anticipate” becoming a part of the show, but is thankful he did.

Spicer, who was one of the season’s lowest scoring competitors, was voted off on Monday.  He will return to she show for its season finale, which is in two weeks.

Dancing with the Stars airs on Mondays at 8 p.m. ET on ABC.