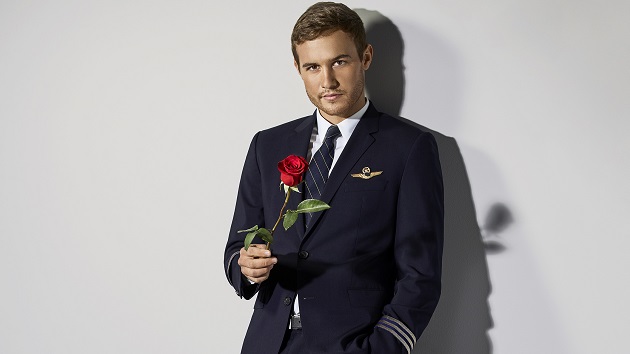 Peter, who had his heart broken by former Bachelorette Hannah Brown, hopes to find true love this time around.  His search for his soulmate will lead him and a new group of women to new heights and several Bachelor firsts.

Season 24 premieres with a daring group date, a first for Bachelor Nation, along with a series of romantic one on ones.

As for the surprise special visitor, their identity is kept firmly under wraps.  However, their arrival is sure to shake things up and have everyone talking.

America is rooting for Pilot Pete after his promising romance with Hannah on the Bachelorette came to a shocking end.

Weber is your typical textbook definition of a good ol’ American Boy.  A native of Westlake Village, CA, the 28-year-old aspires to have the same type of loving relationship his parents share.  They met over 30 years ago when working on the same flight and were inseparable ever since.

Understandably, Pete’s other love is aviation.  He began working as a pilot when he turned 23 and landed his dream job as a captain for a major commercial airline at 25.  All he needs now is his forever co-pilot.

As to who will accept the final rose — and his heart — that has yet to be seen.

So, buckle in and prepare for takeoff when The Bachelor returns January 6 on ABC at 8 p.m. EST.