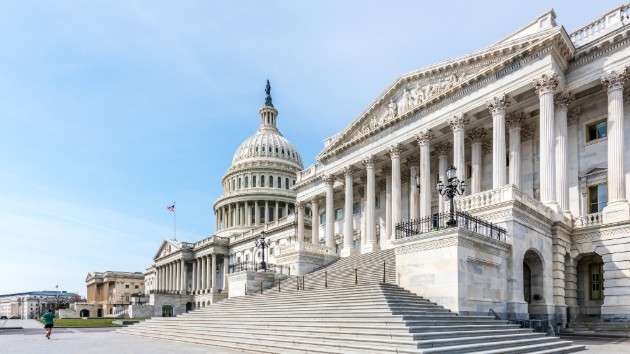 Matt Anderson/iStock(WASHINGTON) — Marie Yovanovitch, the former U.S. ambassador to Ukraine who was abruptly recalled from her post overseas, will testify Friday in the second public impeachment hearing. After fielding questions from impeachment investigators behind closed doors last month, she’s expected to detail her account of efforts to publicly discredit her and remove her from her post by some of the president’s political allies. House Intelligence Committee Chairman Adam Schiff, D-Calif., on Wednesday said she was the target of a “smear campaign” by the president’s personal attorney Rudy Giuliani.A Democratic official working on the impeachment inquiry described Yovanovitch, a veteran diplomat, as an “anti-corruption champion” who was “targeted for doing her job.””I do not know Mr. Giuliani’s motives for attacking me,” she said in last month’s closed-door deposition, according to a transcript of the closed-door hearing released by Democrats. “But individuals who have been named in the press as contacts of Mr. Giuliani may well have believed that their personal financial ambitions were stymied by our anti-corruption policy in Ukraine.”She was removed from her post before the July phone call between President Donald Trump and Ukrainian President Volodymyr Zelenskiy, but Democrats believe she could help highlight the efforts of Giuliani and other officials working in the “irregular” policy channel to pressure Ukraine to launch investigations into the Biden family and the 2016 election.In her closed-door deposition, Yovanovitch, who is still a State Department employee, told lawmakers that she was targeted in a “concerted campaign,” and that she had done nothing wrong in her post.She also said she felt threatened after Trump mentioned her in the July phone call with Ukraine’s leader — telling Zelenskiy that she was “bad news” and was “going to go through some things.””I didn’t know what it meant,” she said, according to the transcript of her testimony. “I was very concerned. I still am.”Yovanovitch told investigators she was informed that the State Department would not issue a statement defending her because of concerns it would be undermined by the White House.”I was told there was caution about any kind of statement, because it could be undermined,” she told lawmakers.Several of Yovanovitch’s former colleagues have vouched for her in both public and private impeachment depositions and hearings.Michael McKinley, a former adviser to Secretary of State Mike Pompeo and a career diplomat, told House investigators in a closed session on Oct. 16 that he resigned because of the State Department’s unwillingness to defend career diplomats.He also told lawmakers under oath he that approached Pompeo repeatedly to raise concerns about the lack of support for Yovanovitch and did not get a response.”From the time that Ambassador Yovanovitch departed Ukraine until the time that he came to tell me that he was departing, I never heard him say a single thing about his concerns with respect to the decision that was made,” Pompeo said in an appearance on ABC’s This Week on Oct. 20. “Not once, George, did Ambassador McKinley say something to me during that entire time period.”Republicans have defended the removal of Yovanovitch, arguing that Trump was well within his rights as president to assign and remove U.S. ambassadors from overseas posts.Rep. John Ratcliffe, R-Texas, a member of the House Intelligence Committee, said in Wednesday’s hearing that Trump “very clearly has the constitutional authority” to hire and fire ambassadors.”Most everybody apparently understands that, but it doesn’t include House Democrats,” he said.Yovanovitch appears on the Hill after the release of a new report from the State Department inspector general on retaliation against career officials.The report from the independent watchdog on Thursday found that senior agency officials appointed by Trump retaliated against a career employee because of her perceived national origin and political views, based off allegations in a conservative media article.Copyright © 2019, ABC Audio. All rights reserved.