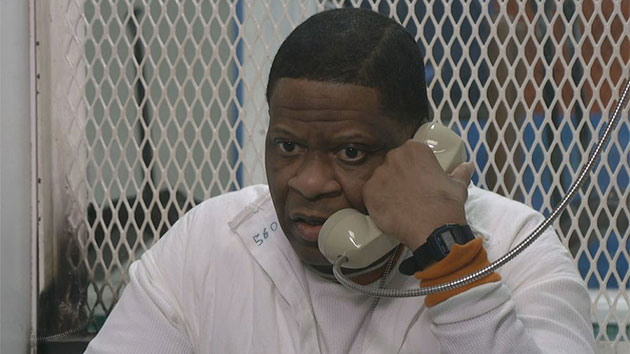 ABC(DALLAS) —  Just hours after the Texas Board of Pardons and Paroles recommended a 120-day reprieve Friday for Rodney Reed, a Texas man scheduled for execution next week for the 1996 murder of Stacey Stites, an appeals court granted him an indefinite stay of execution.

“Applicant’s execution is stayed pending further order of this Court,” the Texas Court of Criminal Appeals said in its order Friday.

The parole board sent to Texas Gov. Abbott its recommendation that he sign the reprieve but not grant Reed a commutation.

The appeals court docs show Reed’s legal team filed its latest application on Nov. 11, raising four claims: that the state suppressed exculpatory evidence, that the state presented false testimony in violation of due process, that Reed’s trial counsel was ineffective and that he is actually innocent.

After reviewing the application, the court said it found Reed’s first three claims satisfy the requirements of Habeas Corpus, which is a “remedy to be used when any person is restrained in his liberty.”

“Accordingly, we remand those claims to the trial court for further development,” court documents said.

The Innocence Project, a legal non-profit that works to free people who claim they’ve been wrongly convicted, picked up Reed’s case 18 years ago.

“We are extremely relieved and thankful that the Texas Court of Criminal Appeals (CCA) has issued a stay of execution for our client Rodney Reed,” the non-profit said in a statement Friday night. “The CCA has ordered the claims of Brady violations, false testimony and actual innocence in Mr. Reed’s case back to the trial court. This opportunity will allow for proper consideration of the powerful and mounting new evidence of Mr. Reed’s innocence.”

Reed’s case has gained national attention and civil rights leaders have spoke out against his sentence. Friday’s decisions were reasons for hope for those who’ve fought to bring Reed’s case more attention.

“It is imperative, given how much evidence has yet to be reviewed, and the growing concerns from the public, that this case is given the highest level of scrutiny possible,” Dr. Martin Luther King Jr. III said in a statement to ABC News prior to the appeals court ruling. “Killing someone who is potentially innocent would only show the dangerous flaws of our criminal justice system’s continued use of the death penalty. I pray that God grants Governor Abbott the courage to do the right thing—to delay the execution.”

Reed, 51, has been on death row for 21 years and long maintained his innocence.

“Early on I was somewhat upset, just for knowing her. If I wouldn’t have known her, I wouldn’t have been associated with her [and] I wouldn’t be in this situation,” Reed told ABC News’ Deborah Roberts in a jailhouse interview last month. “But, this is the situation that was handed to me so I have [to] accept … that I did know her. I have to accept that there was a relationship. I have to accept that I’m here now for something that I didn’t do.

“I hope that the right people look at this case in the right way,” Reed continued. “The evidence will speak for itself.”

The Innocence Project has argued Texas must be certain the state is executing a man who’s actually guilty.

The “Office of the Governor Greg Abbott has only stopped one of 47 executions,” the organization said in a statement Friday. “We need your help to make sure Rodney Reed is the second.”

“Wrongful convictions are real; just ask any of the 27 innocent people we at the Innocence Project of Texas have exonerated in the last decade alone after they were wrongfully convicted,” the organization said in a statement Thursday. “If the State of Texas is going to take the irreversible action of imposing the death penalty on someone, it must do so in full confidence that it is not executing an innocent man.”

Highland Park shooting suspect to appear in court for arraignment

Two cyclists dead, three injured after being hit by SUV during Make-A-Wish race