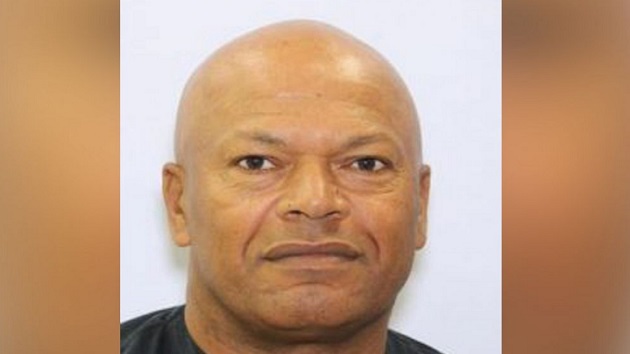 Montgomery County Department of Police(WASHINGTON) — The suspect behind a string of sexual assaults and one slaying that “terrorized” Washington, D.C., women in the 1990s is now in custody after he was nabbed through the novel investigative tool of genetic genealogy, authorities said.”Between 1991 and 1998 a man terrorized our community as he brutally preyed upon and attacked multiple women across this region,” D.C. Police Chief Peter Newsham said at a Thursday news conference.Known as the Potomac River Rapist, the suspect — now identified by police as 60-year-old Giles Daniel Warrick — allegedly committed at least eight sexual assaults in Montgomery County, Maryland, and two sexual assaults in Washington, D.C., authorities said.The Potomac River Rapist would cut phone lines, force his way into homes, cover the victims’ heads and sexually assault them, authorities said.It appears the attacks became more violent over time, police said. Among the 10 victims was Christine Mirzayan, a 29-year-old congressional fellow who was sexually assaulted, hit on the head, “brutally beaten” and murdered, Newsham said. The murder weapon was a 73-pound rock, according to the FBI.But the identity of the suspected Potomac River Rapist was unknown for decades, until genetic genealogy came into play, said Montgomery County Police Chief Marcus Jones.Genetic genealogy compares unknown DNA evidence from a crime scene to public genetic databases to identify suspects through their family members who voluntarily uploaded their DNA to those databases.Genetic genealogy has been called a “game-changer” in the effort to crack cold cases. Since the arrest of the suspected “Golden State Killer” in April 2018, about 100 suspects have been identified through the technology, according to CeCe Moore, the chief genealogist at Parabon NanoLabs. Moore, who has appeared as an expert in ABC News “20/20″ episodes and has been quoted in ABCNews.com articles, investigated the Potomac River Rapist case among others.Police did not elaborate on which of Warrick’s relatives had voluntarily submitted their DNA to databases. Police also did not disclose how they obtained Warrick’s DNA to confirm the match.Warrick was arrested Wednesday at his home in Horry County, South Carolina, and has been charged with six counts of first-degree rape in Montgomery County, police said. All six of those cases were linked to the same suspect DNA, police said.Warrick is expected to be extradited to D.C. to be charged with first-degree murder and the D.C.-area sexual assaults, Newsham said.Warrick, who had a landscaping company and worked as a utility company contractor, had been living in the D.C. area before recently moving to South Carolina, Jones said.It was not immediately clear when Warrick will appear in court.”Detectives are concerned there may be additional victims in the area given the prolonged period of time that has elapsed involving Giles Daniel Warrick,” Montgomery County police said. “Anyone with additional information is asked to contact the Major Crimes Division at 240-773-5070.”Copyright © 2019, ABC Audio. All rights reserved.