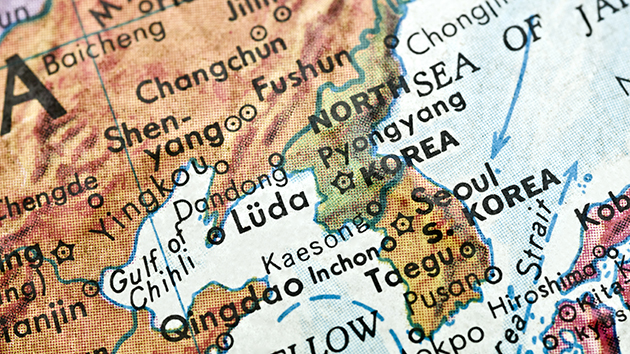 Juanmonino/iStock(NEW YORK) — Kim Eunju escaped North Korea in 2005, disillusioned with the communist regime. She still vividly remembers that night when uniformed officers raided her home in Chongjin, Hamgyeongbuk-do, searching for petroleum that she had been smuggling from China to sell in the local market. It was the family’s lifeline bringing just enough bread to the table to survive.The country had entered into a severe economic hardship and the communist party had begun to confiscate whatever household goods to support the state. Kim, then 25-years old, also worked as a train stewardess.“They taught us to sing our socialist nation is the happiest world. But how could we live when they even take away our empty kimchi pot (that is used as family refrigerator)?” Kim told ABC News.That’s when Kim decided it was time for a challenge. Early next morning, she called a broker to join a group of others crossing the border into China, hoping to find work.The escape was long and arduous. A border guard, bribed by the brokers, guided the group to cross the Tumen River after midnight. “The current was strong. We held hands supporting each other to cross the river. It took about two to three hours to the Chinese side,” she recalled.Soaked and dripping, they rode a taxi, stopped at two different locations, then split up. Kim and another woman were ushered into a bus. They rode three full days, then arrived in a rural town in Liaoning, Northeastern China. “I had been sold to a Chinese man,” Kim recalled, her voice still trembling with emotion.She was forced into an unwanted marriage and gave birth to a daughter in 2006. Kim does not want to recall those days describing them as “so disgraceful.” “Life in China was a nightmare, locked up in the house under threat of deportation,” said Kim.Two years later she came across another broker sending North Korean refugees to South Korea. “I decided to risk my life for another run with my baby daughter, with a faint hope that life would be better in South Korea.”Kim successfully defected to the capitalist South in 2009. She had multiple part-time jobs, attended job training programs, and struggled to make ends meet while raising her daughter alone. But life in Seoul, she said, is “still tough” especially as a North Korean defector and a single mother. Defectors see themselves as lower class citizens of South KoreaA total of 33,022 North Koreans have defected to the South as of 2019, according to South Korea’s Unification Ministry. They defect to gain freedom of choice disdained by the harsh surveillance and control by the communist regime, as well as to escape starvation. But settling into new lifestyles in the capitalist South is tougher than they had imagined.Defectors find it hard to get a well-paying job, due to the barrier of culture and language. Average monthly wage for North Korean defectors working in the South is $1,636, some 25% below the minimum wage of $2,203 per month. As a result, almost half of the defectors see themselves as part of the lowest socioeconomic status in South Korea, according to a 2018 survey by the Unification Ministry.Their hardships in adapting to a capitalist economy faced a reality check last July when a North Korean defector mother and her 7-year-old son were found dead in their small, rented apartment. Autopsy results showed both had not eaten for days. Support groups, alarmed, took to the streets calling for immediate need to improve policies that could help and support these vulnerable defectors.”The mother and son died of starvation in the flourishing democratic Korea. This is nonsensical and heartbreaking,” said defector Heo Kwang-il, who led a group of people to organize a public funeral for the unfortunate mother and son in September.

Buried in debtNorth Korean defectors inevitably find themselves in challenging economic situations upon their entry into South Korea. There’s also underlying discrimination, lack of knowledge of English and almost all of them have never used the internet before escaping the North. As a result, a huge cultural and economic gap exists between North and South Koreans.“Upon their entry into South Korea, they become citizens of the most competitive, materialistic, capitalist driven neoliberal society in the entire world,” Dr. Do Jean at Konkuk university who studies trauma care for defectors, told ABC News. “Those Koreans are basically forced to enter a race to adapt and succeed at settling down in South Korea.”All North Korean defectors are required to go through a 12-week-long social settlement education program in Hanawon, a reeducation center run by the Unification Ministry. There, defectors are prepared to overcome cultural differences, cure their trauma, and discuss which occupation they could take.Once out in the real world, defectors are given financial aid during the first year, starting from about $6,000 dollars depending on age, health and the city they choose to settle down in. But defectors say, most of that money goes to the brokers who helped them cross the border.

“North Korean defectors begin life in South indebted to brokers,” defector Jeong Youngnam who arrived in Seoul five years ago, told ABC News. “We have to start from scratch once the debt is cleared off, and it’s difficult as a defector to find a well paid job in Seoul.”Kim, too, took a six-month long job training hoping to work at a hair salon but failed to find work. Instead, she ended up washing dishes at a restaurant. She had much debt to pay back to her broker. “I dreamt of earning big money to buy my daughter food and toys… but no matter how hard I try working around clock, sometimes I can’t even afford to feed my daughter,” she said in disappointment.