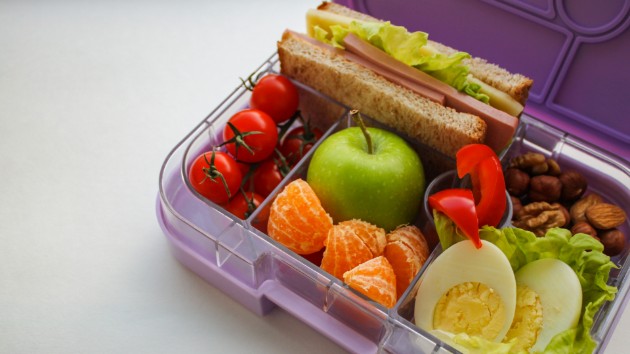 Goroda/iStock(KINGWOOD, Texas) — A day care worker who fat shamed a 5-year-old boy by leaving a note in his lunchbox has been fired from the Rocking Horse Day Care Center in Kingwood, Texas, a suburb of Houston in the northeast part of the city.Francesca Easdon, the mother of the 5-year-old boy, said she is in “absolute shock” after she placed a supportive note in her son’s lunchbox at the start of the day to “make him smile at lunch time.” “I wrote this note just so at lunchtime he would have something that would make him happy and I am thinking about him,” Easdon told ABC’s Houston station KTRK-TV.Easdon posted a message on Facebook describing the incident in detail.“We have been working with [my son] on his eating, he’s extremely picky! I have been introducing new healthy options in his lunchbox and discussed the changes with his school. And for the record, I feel that [my son] is perfect the way he is, I’m just helping him make healthier choices. Instead of his school being supportive I am in absolute shock at what happened,” she wrote.“Please tell [my son] that his mommy loves him so much and I’m thinking about him,” said the note that Easdon left in the lunchbox.But when her son returned home from school and she looked in his lunchbox, she found that somebody had written on the same note fat shaming her son.“No! Put him on diet and go away,” it read.Easdon said she was in shock: “It took a minute to register, what I even saw and I just kept re-reading it and I just stood there for a minute.”Up until that point she said that she had never had a problem with Rocking Horse until the incident. Easdon immediately called the day care center and ended up meeting with the director last week.“When I asked them what are you planning to do about this … I let them know right then that the only resolution is that that person that wrote the note should be terminated,” Easdon told KTRK in an interview.According to Easdon, the teacher that was involved in the incident confessed and was fired by Rocking Horse Day Care.The boy’s mother said she is “disgusted that I put my trust in these people to care for my child and this is what I get in return.”Easdon has some advice to parents after she and her family experienced this incident.Said Easdon: “Monitor your daycares closely and stay away from this facility, they do NOT deserve the privilege of teaching our children.” Copyright © 2019, ABC Audio. All rights reserved.