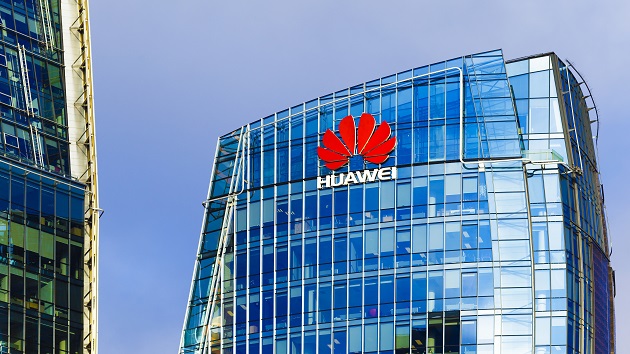 iStock/WoodyAlec(WASHINGTON) — The U.S. Department of Commerce announced Monday it will extend a license for 90 days for certain U.S. companies to continue working with the Chinese telecom giant Huawei. The extension of the Temporary General License has a very narrow range and allows “specific, limited engagements in transactions” involving U.S. businesses and Huawei, which has been blacklisted for national security reasons after critics said its equipment could be used by China for spying.“The Temporary General License extension will allow carriers to continue to service customers in some of the most remote areas of the United States who would otherwise be left in the dark,” Secretary of Commerce Wilbur Ross said in a statement Monday.“The Department will continue to rigorously monitor sensitive technology exports to ensure that our innovations are not harnessed by those who would threaten our national security,” the statement added.The Trump administration added Huawei, the largest telecommunications equipment producer in the world, to the Commerce Department’s Entity List in May, to “prevent American technology from being used by foreign owned entities in ways that potentially undermine U.S. national security or foreign policy interests,” Ross said at the time.The Entity List is for organizations “engaging in or enabling activities contrary to the foreign policy interests of the United States,” according to the Commerce Department.Monday’s extension is the second time the Temporary General License, granted in May on a handful of Huawei products, has been renewed.The original license intended to “allow operations to continue for existing Huawei mobile phone users and rural broadband networks,” according to Ross, and allow operators time to make arrangements for Americans that “currently rely on Huawei equipment for critical services.”Huawei did not immediately respond to ABC News’ request for comment Monday. Copyright © 2019, ABC Audio. All rights reserved.

San Francisco 49ers not allowed to play in stadium for 3 weeks under new COVID-19 restrictions
Heavy rain ongoing on Gulf Coast as storm aims for Northeast next week
Coronavirus live updates: US virus cases may be about 8 times higher than reported
Black Friday 2020: Tips on the best deals to look out for
Coronavirus live updates: US reports over 110,000 new cases on Thanksgiving
George Floyd’s brothers on the fight for justice, remembering him on Thanksgiving