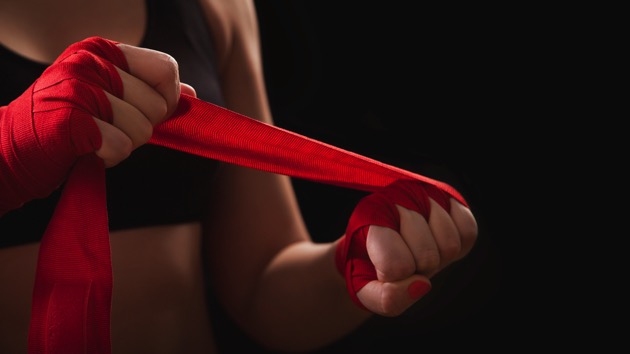 Veronika Ryabova/iStock(LONDON) — An amateur Mixed Martial Arts (MMA) fighter has died after suffering a brain injury during a fight in the U.K.Saeideh Aletaha, 26, was taking part in a “Fast and Furious Fight Series” event in the city of Southampton on Saturday when she sustained a life-threatening brain injury.An ambulance was called to the city’s Central Hall venue shortly before 9 p.m. local time (4 p.m. ET), responding to a report that a participant at the event had collapsed.Aletaha was taken to Southampton General Hospital but died the following day, Hampshire police said in a statement.Lookborai gym, where Aletaha trained, said in a Facebook post that she was “a lovely character with a beautiful soul. Her dedication to the sport was 110% traveling miles every day just to train.””This news comes as a devastating blow to us all at the gym and the whole community. Our thoughts and [prayers] go out to her family.”Members of a Crossfit gym, of which Aletaha was a member, posted an online tribute, saying “well-liked doesn’t do her justice.” It added that 30 friends had visited her in hospital before she died.The event’s organizers said their “thoughts of course go out to all family, friends and team mates,”“All competitors [are] prepared that they may be injured and this is something not expected to happen 99.9% of the time.“But, it can and … we make the environment as safe as possible with pre and post medicals from a doctor.”They asked anyone who needed support as a result of Aletaha’s death to contact them.Hampshire Police said in a statement: “We were called shortly before 1 a.m. on Sunday 17 November by colleagues at Southampton General Hospital informing us of a woman who was being treated in hospital for a life threatening brain injury.The woman, aged 26, died in hospital later that day.”Police said investigations into events surrounding the death were ongoing.Copyright © 2019, ABC Audio. All rights reserved.