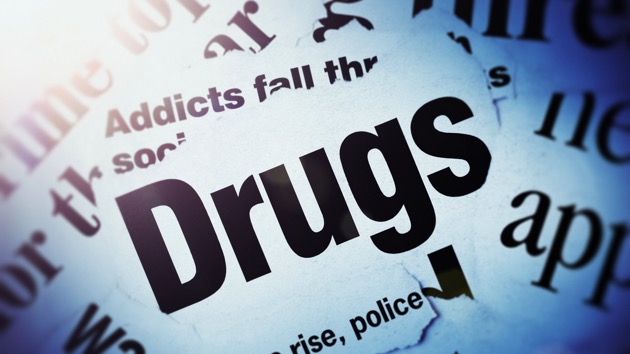 RapidEye/iStock(PIERRE, S.D.) — South Dakota Governor Kristi Noem launched a new anti-drugs campaign aimed at tackling methamphetamine use in the state which she described as “growing at an alarming rate.”The campaign, branded “Meth. We’re on it.” will comprise public service announcements, commercials, billboards and social media ads featuring the “I’m on meth” tagline.Gov. Noem said the campaign sought to tackle a meth “epidemic” in South Dakota in a Facebook Live appearance to promote the launch of the campaign.She said that 13 people in South Dakota died last year from meth overdoses and that there were 3,000 arrests tied to meth and its use in the state during the same period.Noem added that the number of 9th grade-age children in the state who had tried meth was double the national average.She also said what the campaign tagline was referring to was “that each one of us, no matter who we are, that we’re on the case of meth.”The campaign however, attracted some comment on social media suggesting users believed the tagline was ambiguous.“So South Dakota paid $449,000 to a msp marketing agency to tell everyone they’re on meth. not sure about this one,” user @laurenarnold20 wrote on Twitter.

so south dakota paid $449,000 to a msp marketing agency to tell everyone they’re on meth. not sure about this one. pic.twitter.com/8Pwc3dhT4m

Another user suggested the campaign sounded more like an advertisement for the drug.

Gov. Noem addressed the controversy in a tweet herself, saying “the whole point of this ad campaign is to raise awareness.”

Hey Twitter, the whole point of this ad campaign is to raise awareness. So I think that’s working… #thanks #MethWeAreOnIt⬇️⬇️⬇️https://t.co/hopPjqa95w