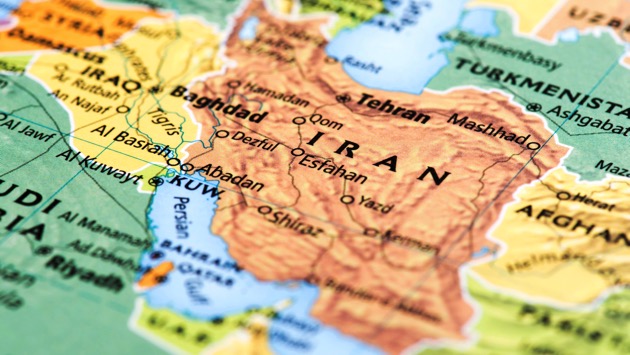 omersukrugoksu/iStock(TEHRAN, Iran) — With internet connections cut off across the country by authorities in Iran after days of bloody protests, Iranians are scrambling to understand what is happening beyond what little has come out in official channels.On Tuesday, Amnesty International reported at least 106 people have been killed since the protests against a fuel subsidy cut began over the weekend. The report cites videos and eyewitness accounts that have trickled out of the country, an effort complicated by the internet restrictions. It illustrated the struggle for ordinary Iranians to obtain accurate information about the extent of the ongoing protests despite no access to social media or international news.”I feel like I am stranded on an island. I have no idea what is happening to other people and to my friends in other cities,” a Tehran-based university student, who asked not to be named for security reasons, told ABC News. “In this very sensitive time, my news source is now limited to the state TV and state news website. I am not sure how much is left out.”Thousands of people took over the streets in different cities in Iran, objecting to the dramatic rise in gasoline prices, a decision made by the heads of the three powers of the Islamic Republic in the Supreme Council of Economic Coordination. The council was established in the spring of 2019 by the order of Iranian Supreme Leader Ayatollah Khamenei to counter the severe U.S. sanctions on the country.Outside of the country, Iranians have shared posts on social media with the hashtag “#Internet4Iran,” asking the government to give people the right to access the internet. Some Iranian expats organized protests in front of Iranian embassies in other countries, including France, Germany and the Netherlands, and condemned any violent confrontations with protesters.Nationwide protests against tripling fuel prices in Iran have resulted in at least 106 protesters in 21 cities in Iran killed, Amnesty International reported Tuesday.Protesters blocked highways and streets by stopping their cars in the middle of traffic, while others set fire to gas stations, banks and other public properties. They raised objects to some of the domestic and international policies of the Islamic Republic, by shouting slogans like, “No Gaza, no Lebanon, I give my life for Iran” and “We’ve got no money and no fuel, leave Palestine alone.”Islamic Republic officials said they recognized the right to protest, but blamed Iran’s enemies for encouraging “rioters” to keep endangering the country’s security.”The authorities must end this brutal and deadly crackdown immediately and show respect for human life,” Philip Luther, research and advocacy director for the Middle East and North Africa at Amnesty International, said in a statement.”The frequency and persistence of lethal force used against peaceful protesters in these and previous mass protests, as well as the systematic impunity for security forces who kill protesters, raise serious fears that the intentional lethal use of firearms to crush protests has become a matter of state policy,” he continued.In his speech on Sunday, Ayatollah Khamenei specifically mentioned the house of Pahlavi, Iran’s former monarch, and a dissident group known as the MEK, as the ones pushing people to the streets in the “cyber space,” according to the official website of the leader.”The internet will gradually be returned to the provinces where it can be guaranteed it is not misused,” said Ali Rabiei, a spokesman for Iran’s government, according to the Iranian Students News Agency on Tuesday.Iran’s economy faces many challenges, from exporting oil — the major source of revenue for the country — to a shrinking job market, high inflation and sinking value of the country’s currency as a result of the U.S. decision to reinstate crippling sanctions on the country.In May 2018, President Donald Trump withdrew from Iran’s nuclear deal, known as the Comprehensive Joint Plan of Action. The deal had been signed in 2015, when Barack Obama was president, between Iran and the U.S., U.K., Russia, China, Germany and France. Tehran had agreed to put a cap on its nuclear activities in return for the easing of economic sanctions by the West.Iranian officials say that the power price rise was a move to compensate for the budget deficit the country faces due to its sanction-hit oil revenue. The Iranian President Hassan Rouhani promised to allocate the income from reducing gasoline subsidies to the vulnerable households that, as he described, make up over 80% of the country’s population.Out of the 25 million Iranian households, 18 million are in difficult conditions, [so] the government has decided to provide them with aid packages,” Rouhani said in a speech in Kerman, as reported by IRNA on Nov. 12.”This is meaningless. I don’t know what this tiny amount of money can even mean,” a 40-year-old English teacher told ABC News. “I wish the government would get it sooner that people’s problems cannot be solved by a 10,000 tomans subsidies increase and cutting the internet.”Copyright © 2019, ABC Audio. All rights reserved.

Finland to apply to NATO ‘without delay,’ as Sweden mulls stance

Millions of lives at risk as famine stalks Horn of Africa

3 Americans found dead at Bahamas resort, cause of death under investigation