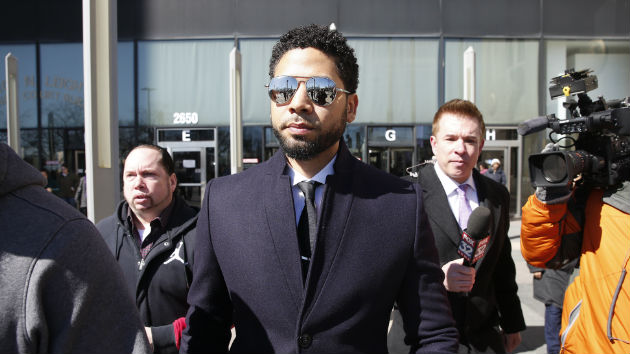 The lawsuit, filed by Smollett’s attorneys in the Northern District of Illinois on Tuesday, claims that the city “maliciously” prosecuted Smollett “in bad faith” and filed criminal charges against him “without probable cause.”

On Jan. 29, Smollett told police he was attacked near his Chicago apartment by two masked men who poured an “unknown chemical substance on him” and wrapped a rope around his neck. Police questioned two brothers in connection to the alleged attack, who told authorities Smollett allegedly paid them to help stage the crime.

Smollett was later indicted by a grand jury on 16 counts including felony disorderly conduct in relation to filing a false report. Those charges were ultimately dropped in favor of an “alternative resolution” that involved him performing community service and forfeiting the remainder of his $10,000 bond to Cook County.

Smollett’s counter lawsuit was filed in response to a lawsuit the city filed against him in April, requesting $130,000 in civil penalties, damages and attorney’s fees and costs arising from Smollett’s “false statements.”

Smollett’s attorneys denied that Smollett orchestrated and planned a fake attack and admonished the police department for continuing to imply that Smollett was guilty after the charges were dropped, according to the court documents.

The lawsuit is seeking a jury trial and that Smollett be awarded compensatory and punitive damages, the amount of which will be determined at trial.

A representative for the office of Chicago Mayor Lori Lightfoot did not immediately respond to ABC News’ request for comment.

“The City stands by its original complaint and will continue to pursue this litigation. The judge in this case has already ruled in our favor once and we fully expect to be successful in defeating these counterclaims,” a spokesperson for the Chicago Law Department told ABC News in a statement.