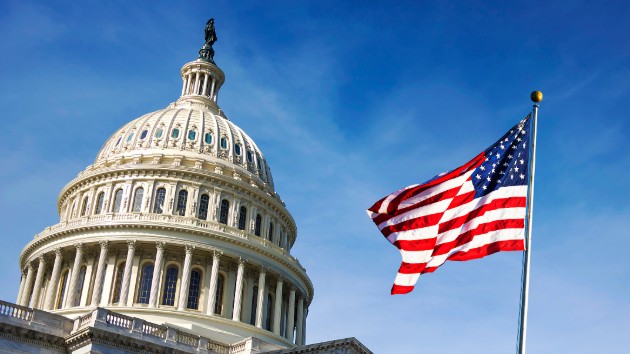 rarrarorro/iStock(WASHINGTON) — If there’s one witness in the House impeachment inquiry who could speak to exactly what President Donald Trump wanted in Ukraine, it would be Gordon Sondland and he’s testifying in public for the first time on Wednesday. A wealthy hotelier who donated $1 million to Trump’s inauguration, Sondland was tapped by the president to serve as U.S. ambassador to the European Union and again handpicked by Trump to take a lead role on Ukraine. And in revised closed-door testimony, Sondland said he personally delivered the “quid pro quo” to Ukraine, telling a top Ukrainian aide that nearly $400 million in military aid that was already promised to the country was contingent upon an anti-corruption probe that would have included Democrat Joe Biden and his son, Hunter.

Here is how the hearing is unfolding:

9:23 a.m. Ahead of Sondland delivering his opening statement, Schiff addressed the White House and State Department decisions to block testimony from other officials or access to documents requested as part of the investigation. Sondland is set to say there are documents and call records that would add to his testimony but that he has been blocked from accessing them. Schiff said the documents show “the knowledge of this scheme was far and wide,” including Secretary of State Mike Pompeo and Vice President Mike Pence. Schiff said they obstruct the investigation “at their own peril.” “I remind the president that Article 3 of the impeachment articles drafted against President Nixon was his refusal to obey the subpoenas of congress,” Schiff said. 9:11 a.m. Schiff begins his opening statement: “We are here today, as part of the House of Representatives’ impeachment inquiry, because President Trump sought to condition military aid to Ukraine and an Oval Office meeting with the new Ukrainian president, Volodymyr Zelenskiy, in exchange for politically-motivated investigations Trump believed would help his reelection campaign.” After reviewing testimony from other witnesses, Schiff said, “Now, it is up to Congress, as the people’s representatives to determine what response is appropriate. If the President abused his power and invited foreign interference in our elections, if he sought to condition, coerce, extort, or bribe an ally into conducting investigations to aid his reelection campaign and did so by withholding official acts — a White House meeting or hundreds of millions of dollars of needed military aid — it will be up to us to decide, whether those acts are compatible with the office of the Presidency.”

9:02 a.m. Sondland takes his seat at the witness table. ABC News’ White House reporter Katherine Faulders, reviewing Sondland’s opening statement, notes this key passage: “We all understood that if we refused to work with Mr. Giuliani, we would lose an important opportunity to cement relations between the United States and Ukraine. So we followed the President’s orders.” ABC News’ Justice reporter Alexander Mallin notes that in Sondland’s opening statement, he seems to indicate he is prepared to testify against the president and change some of the statements in his deposition. “This is just stunning, an incredible repudiation of President Trump and Rudy Giuliani and in my reading seems to dismantle every counter argument we have thus far heard from Republicans,” Mallin says. “Either way, any indication that Sondland is preparing to go before Congress to protect the president seems to be thrown away entirely with this, unless I’m reading it entirely wrong.” Mallin notes several specific points in the opening statement in line with testimony from other witnesses: – Sondland explicitly acknowledges a quid pro quo specifically with regards to the White House meeting between Trump and Zelenskiy – Sondland repeatedly says he was acting at the explicit direction of the president in his interactions with Rudy and says Rudy was “was expressing the desires of the President of the United States.”

8:37 a.m. Sondland has arrived on Capitol Hill for his expected testimony. ABC News’ White House reporter Katherine Faulders reports White House sources are worried Sondland is the “wild card” witness. “While sources close to Sondland wouldn’t describe him as ‘flipping’ on President Trump, they say Sondland is ‘certainly not’ going to defend the president during his testimony,” Faulders says. The White House seems most worried about him because “We just don’t know what the heck he’s gonna say,” the sources said.

8:30 a.m. Expectations for Sondland’s testimony are running high both in the Capitol hearing room and over at the White House. ABC News’ White House reporter Jordyn Phelps notes that the president has shifted his tone on Sondland in recent months. On May 14, Sondland got a shout-out from the president at an event in Louisiana when Trump said he was doing a “great job.” In October, the president called Sondland “highly respected” and “a really good man and great American.” But just a month later Trump said he “hardly knows the gentleman,” when asked about Sondland, but noted he said there was no quid pro quo. Trump has also said he doesn’t remember the conversation with Sondland witnesses have described on July 26, when he allegedly asked about the investigation into the Bidens.

“I said that resumption of U.S. aid would likely not occur until Ukraine provided the public anti-corruption statement that we had been discussing for many weeks,” Sondland testified, according to a transcript of his testimony to lawmakers behind closed doors.Sondland hasn’t said why exactly he delivered that message and whether if it was what Trump wanted.In closed-door testimony, the ambassador has downplayed his access to Trump. He said the two spoke “maybe five or six times” since he took on the role of EU ambassador and that one of those times was a “Merry Christmas call” with “zero substance.””I always called him. He never called me,” Sondland testified.Other witnesses though have described him as having a direct line to the president, bragging about being able to call him anytime, and who — from an outdoor restaurant terrace in Kyiv as his colleagues listened — assured Trump that Ukraine would do what he wants because its president “loves your ass.””Ambassador Sondland agreed that the president did not ‘give a s—t about Ukraine” but rather the “big stuff,” testified David Holmes behind closed doors. Homes is the State Department employee who said he could hear Trump over the phone talking to Sondland and later asked the ambassador what Trump wants with Ukraine.”I noted there was ‘big stuff’ going on in Ukraine, like a war,” Holmes added, according to his testimony released by the House Intelligence Committee. “And Ambassador Sondland replied that he meant ‘big stuff’ that benefits the President, like the ‘Biden investigation’ that Mr. Giuliani was pushing.”Timothy Morrison, the outgoing senior official at the National Security Council focused on Russia and Europe policy, said in closed-door testimony that Sondland represented himself as acting on a “mandate” from the president “to go and make deals.” Morrison said he was aware of roughly a half dozen times that Sondland and Trump spoke by phone between mid-July and mid-September when the military aid was frozen.”He bragged that he could call the President whenever he wanted,” Morrison testified of Sondland, according to the transcript.The number of times Sondland spoke to the president by phone remains in question. He told Congress that he’s requested his phone calls to the White House and State Department but hasn’t been able to review those logs and doesn’t remember specific dates or details.But one of those calls came on a key date — July 25 — just before Trump called Ukraine’s president. According to a rough transcript of the call released by the White House, Ukraine’s president mentions military aid and Trump appears to respond by asking the newly elected leader for a “favor” that includes the probe into the Bidens.In an interview with Ukrainian television, Sondland said he spoke with Trump “just a few minutes before he placed the call.” But in his closed-door testimony, he described it as a “kind of nothing call” and couldn’t recall the precise timing.Another key conversation between Sondland and the president would have happened on Sept. 9 — eight days after Sondland said he delivered the quid pro quo message on the sidelines of a diplomatic meeting with the Ukrainians in Warsaw. After being confronted by William Taylor, the top U.S. diplomat in Ukraine, who said it’s “crazy” to withhold security aid in exchange to help Trump’s political campaign, Sondland said he called the president.”I asked him one open-ended question: What do you want from Ukraine? And as I recall, he was in a very bad mood. It was a very quick conversation. He said: I want nothing. I want no quid pro quo. I want Zelensky to do the right thing,” Sondland testified. “And I said: What does that mean? And he said: I want him to do what he ran on. And that was the end of the conversation. I wouldn’t say he hung up [on] me, but it was almost like he hung up on me.”