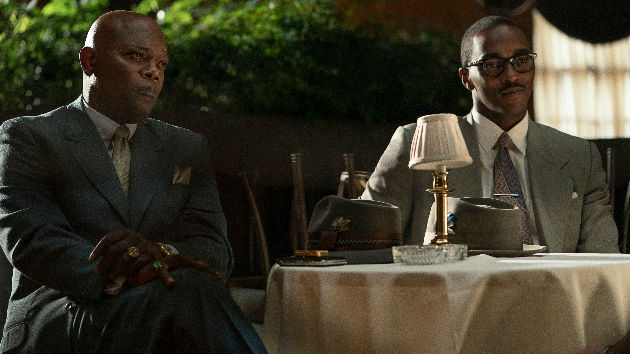 “We purchased The Banker earlier this year as we were moved by the film’s entertaining and educational story about social change and financial literacy,” Apple said in a statement on Wednesday.

“Last week some concerns surrounding the film were brought to our attention. We, along with the filmmakers, need some time to look into these matters and determine the best next steps.  In light of this, we are no longer premiering The Banker at AFI Fest,” the statement continued.

Apple didn’t elaborate, but according The Hollywood Reporter, the company is looking into allegations that Bernard Garrett Jr., son of the late Bernard Garrett, played in the film by Anthony Mackie, sexually assaulted his half-sisters, roughly 15 years his junior.  The younger Garrett served as a co-producer on the project.

The Banker, based on the true story of Garrett and Joe Morris — played Samuel L. Jackson — follows two African-American entrepreneurs in the 1950s who attempted to bypass the “racial limitations of the era” by hiring a white man to serve as the head of their real estate and banking business.  The two men were able to build their real estate empire while posing as a janitor and a chauffeur, until the federal government learns of their actions and threatens to take away all they’ve built.

Apple was reportedly set to make an awards season push for the film, set for a December 6 release, before heading to its Apple+ streaming service.