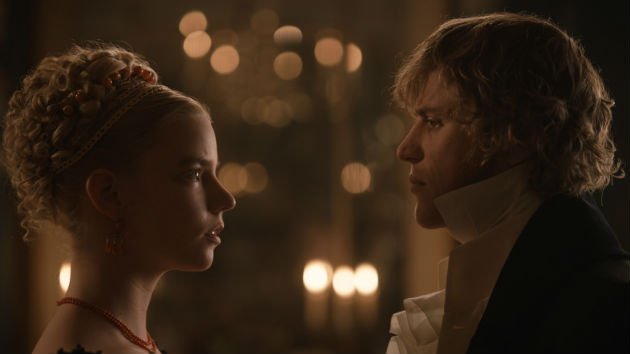 And a tease it is.  The period comedy about rich, restless Emma Woodhouse — this time played by Anya Taylor-Joy — is shown in a series of quick cuts, showing off some stunning costumes and settings and the film’s impressive cast, including Bill Nighy, Mia Goth, Miranda Hart, Rupert Graves, and Johnny Flynn.

First published in 1815, Austen’s coming of age story has been adapted several times, the most recent being a BBC miniseries serial in 2009 starring Romola Garai in the title role.

In 1996, Gwyneth Paltrow played the lead role in a big screen bow of the film, while actual British person Kate Beckinsale did so in a made-for-TV movie a year later.

This version of Emma premieres in theaters February 21, 2020.