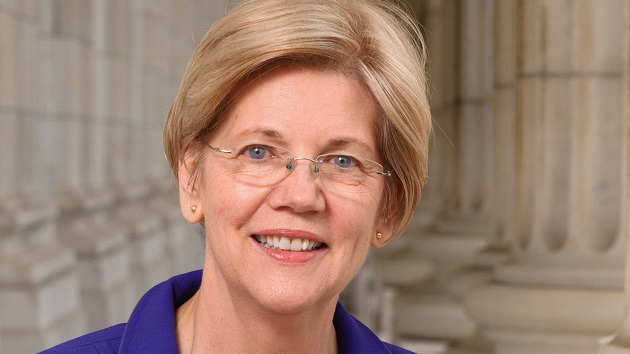 US Senate(ATLANTA) — Presidential hopeful Sen. Elizabeth Warren is set to deliver a speech on workers’ rights Thursday evening, the third speech she has given on the topic since announcing her candidacy — but the first solely focused on the history of black workers.Warren will give the speech at Clark Atlanta University, a historically black university situated near downtown Atlanta. It will be her first event after the fifth Democratic debate, which took place in the same city on Wednesday night.Warren’s speech will focus on a black women-led strike that nearly halted the Atlanta economy in 1881, according to a video released by the campaign Wednesday and narrated by Roxane Gay, a bestselling author who writes about culture and identity.Washerwomen, as they were called at the time, endured long hours and grueling conditions to wash clothing for most of well-to-do Atlanta. Many of the women were former slaves, while their clients were mostly white. Their ultimately successful strike, known as the Atlanta Washerwomen Strike of 1881, is touted today by labor unions, like the AFL-CIO, for its impact.The history lesson that Warren will weave into her speech on Thursday plays to a similar narrative she’s delivered in her two largest speeches of her campaign: the speech she gave when she announced her campaign for president in Lawrence, Massachusetts, which was inspired by the textile workers who went on strike there, and the speech she gave over the summer in Manhattan’s Washington Square Park, which drew the largest crowd of her candidacy and focused on the women who fought for labor rights after the 1911 Triangle Shirtwaist Factory fire in New York City.The rally in Atlanta on Thursday will be Warren’s first large-scale speech, however, which focuses on a labor fight that was waged almost entirely by black women. The speech comes as Warren looks to increase her support among black voters across the country — and particularly among black women, a powerful voting bloc that has, especially in recent years, proven capable of delivering unexpected wins to Democratic candidates in the South.It also comes as Warren seeks to capitalize on a gradual increase of support among black voters over the last few months and the recent endorsement of Rep. Ayanna Pressley, the first black woman elected to Congress in Warren’s home state of Massachusetts. Pressley will attend the rally Thursday, according to the Warren campaign.Black Womxn For, a group of around 300 black women comprised of progressive black transgender and cisgender women, gender nonconforming and nonbinary activists, also recently endorsed Warren. Nearly 200 members will be at her rally Thursday, according to members of the group.Paige Ingram, a member of the organization from Minneapolis, told ABC News she saw the rally as a pointed display of confidence on behalf of the Warren campaign.The decision to hold the speech now, Ingram said, seemed like it was because “she has taken the time to establish accountable relationships with black voters and she’s done the work.””That takes time, that takes effort, to not just initiate a relationship but to cultivate it and figure it out,” Ingram said, speaking at a Warren debate watch party Wednesday night.So far in the race, former Vice President Joe Biden holds the strongest support with black voters, leading Democrats to wonder how other candidates running might find a path to the nomination if they don’t make more of a connection in communities of color, a vital part of the country’s voting population.Warren trails Biden in many polls of black voters, as do each of the other candidates, though support for Warren has gradually increased over the last few months, gaining 12 percentage points from August to October, from 8% to 20%, according to polling from Quinnipiac University.But in Quinnipiac University polling this month in South Carolina, a state that serves as an early test of black support in the Democratic primary contest, Biden still held a vast lead among black voters at 44%, followed by Sen. Bernie Sanders of Vermont at 10% and Warren at 8%. Biden and Sanders also had nearly three times as much name recognition among black voters in the state, giving Warren perhaps another reason to hold a large-scale rally aimed at reaching black voters: introducing herself.Despite trailing in the polls, Warren has continued to craft and pitch her plans specifically around the idea of eliminating the wealth gap between white Americans and the rest of the country, including her proposal for higher education, which would cancel student loan debt for 95% of Americans, as well as a promise of $50 million to historically black colleges and universities like Clark Atlanta University.Copyright © 2019, ABC Audio. All rights reserved.

Pentagon now reports about 400 UFO encounters: ‘We want to know what’s out there’