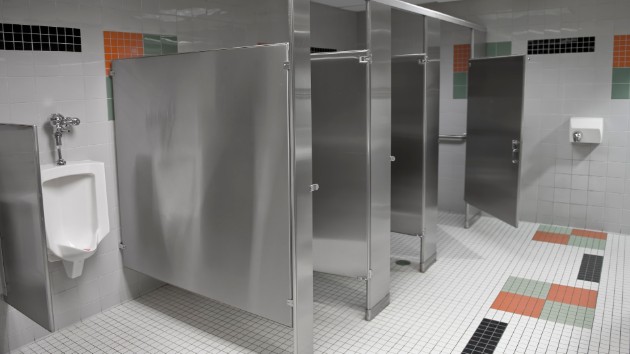 Stratol/iStock(EL CAMPO, Texas) — A food worker at a Texas elementary school has been arrested after allegedly placing a small hidden camera inside a boy’s bathroom.Scott Gelardi, a 42-year-old contract Aramark food worker at Northside Elementary School in El Campo, Texas, was arrested as he arrived to work on Tuesday morning after a police investigation using school video surveillance footage identified Gelardi as the suspect.The El Campo Independent School District said that maintenance workers found the hidden camera while carrying out routine maintenance to the building and, according to ABC News’ Houston station KTRK-TV, the camera allegedly contained video and photos of unknown students in the bathroom.“El Campo Independent School District (ECISD) is saddened, disturbed, and angered by the alleged actions of this individual. We thank and applaud the El Campo Police Department for its work related to this incident,” the ECISD said in a press release.According to KTRK, investigators have also searched the suspect’s apartment in Rosenberg, Texas.None of the children involved have been identified and there is no evidence that Gelardi had any physical contact with the children. Additionally, Northside Elementary School conducted an extensive search on all of the other bathrooms and no other devices were discovered.According to El Campo Police Department, Gelardi has since been charged with possession of child pornography, a third-degree felony, and possession of child pornography with the intent to promote, a second-degree felony.Copyright © 2019, ABC Audio. All rights reserved.