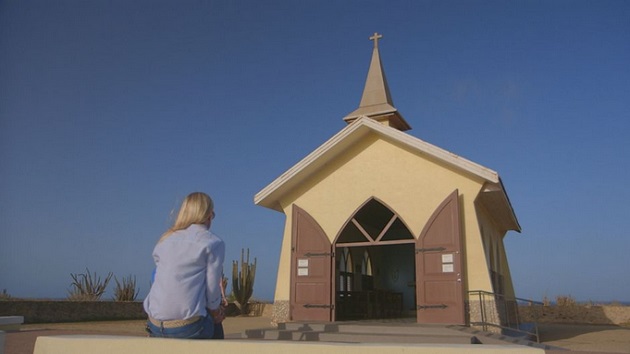 Van der Sloot murders Stephany FloresOn May 30, 2010 – five years to the day of Natalee Holloway’s disappearance — Stephany Flores, a university student and daughter of a presidential candidate, was found beaten to death in a hotel room rented by van der Sloot in Lima, Peru.“Some people have said, ‘Well, you know, Beth, if you hadn’t sent him that $25,000 he probably wouldn’t have had the money to go to Peru and then kill Stephany.’ Well, hell no. I did everything I knew to do,” Beth Holloway said. “Whoever was responsible for letting Joran leave that island, Aruba – they are the ones that have to sleep at night over Stephany Flores’ death. Not me.”In the three days before Flores’ body was discovered, van der Sloot was able to cross the border into Chile. An international manhunt was launched, and based on a tip given to authorities, he was arrested in Chile.On that same day, U.S. federal prosecutors announced wire and extortion charges against van der Sloot “for soliciting money from Natalee Holloway’s mother on promises he would reveal the location of her daughter’s remains in Aruba and the circumstances of her 2005 death.”Meanwhile, van der Sloot was sent back to Lima, where according to the local prosecutor, he admitted to everything — how he beat Flores, took her money, and then fled with her belongings.Beth Holloway decided to fly to Peru in the wake of Flores’ murder.“I wanted to go to Peru to meet with Stephany’s family,” Holloway said. “The Flores family and I, we share this same bond… It’s not a bond you want, but it’s a bond that exists.”She also went to see van der Sloot in prison while he was awaiting trial for Flores’ murder. It was the first time she had seen him since the day her daughter vanished five years earlier.“I walked through by myself with all the girlfriends and mothers and lovers who were standing in line for that visitation day,” she remembered. “One of the wardens there took me in his office. And then we set up the meeting with Joran.”Face to face with van der Sloot again, Holloway asked him once more to tell her what happened to her daughter.”Let me take her home,” Holloway told him.Van der Sloot told the grieving mother, “I’ve had a lot of time here to really think. I really do want to write you. I need some time to think about what I want to say.”Despite not learning the whereabouts of her daughter’s remains, Holloway said it was “glorious” to see him in prison, “Where I wanted him to have been five years ago.”In 2012, van der Sloot pleaded guilty to Flores’ murder and was given 28 years behind bars — a sentence he is currently serving in Peru’s prison system.“Is it the justice I wanted? No, but it’s the justice I’ll take,” said Holloway, who is still waiting for an answer.In March 2014, it was announced van der Sloot will be extradited to the U.S. after he finishes his sentence in Peru.Aruban prosecutor Hans Klaver told ABC News recently that his office has never closed the Natalee Holloway case.However, “the cases against Joran van der Sloot and the Kalpoe brothers have been dismissed. Only new facts and circumstances unknown at the moment of the dismissal can lead to reopening their cases.”Beth Holloway returns to ArubaIt’s been fourteen years since her daughter disappeared, and Beth Holloway said the island “has become a lot less significant” for her.“I have come to the terms that this island doesn’t hold anything over me anymore,” she said.Upon her return this summer to the island, she reunited with Groenveldt, who helped her in the initial search for her daughter.Beth Holloway told him it was the “the first time today I’ve been really able to just look at the ocean, enjoy the ocean and feel it and just sit on the beach.”“Every time I looked out at the ocean, I couldn’t handle it. It just disturbed me greatly. Because it made me feel as if I was never going to get an answer as to what happened to Natalee,” she said. “But I feel like I have accomplished a huge feat… I can come back now to Aruba. I can get in the water… It feels great.”Today, van der Sloot is still being held in Peru and will be eligible for parole before his sentence is finished.Beth Holloway said she keeps her daughter’s senior portrait in her bedroom.“Every morning I go give her a kiss on the cheek, trace my hands down the rosary beads and across and just say a prayer. Some days I’ll say, ‘What are we doin’ today, Natalee?’ and ‘Let’s do this today.’ So I feel like she’s still a team with me,” she added. “She was always a driving force, so she’s been with me all the way.”“You’re never going to get over the loss of losing your loved one- that’s not going to happen. But life does move on,” Holloway said. “Natalee would want us to enjoy what life we have left.”