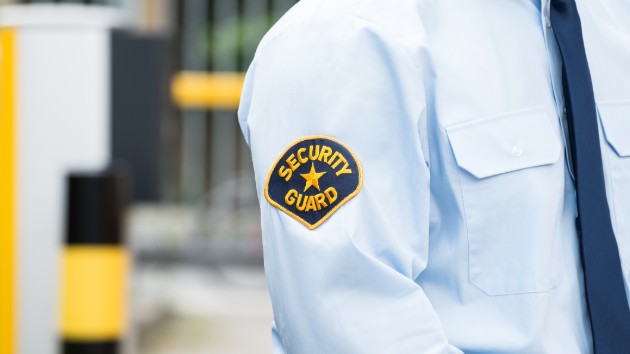 AndreyPopov/iStock(BOSTON) — A security guard at a clothing store in Boston has been indicted for choking and punching an 11-year-old girl who was shoplifting.A grand jury returned indictments on Tuesday charging 36-year-old Mohammad Khan of Cambridge, Massachusetts, and his New Jersey-based employer, Securitas Security Services, with one count each of assault and battery on a child under 14 as well as civil rights violations, according to a press release from the Suffolk County District Attorney’s Office.The alleged incident happened on June 9 at a Primark store on Summer Street in downtown Boston. Khan, a special police officer, is accused of using “excessive and unreasonable force” to detain the girl, who had admitted taking an estimated $175 worth of clothing. He allegedly grabbed the girl, pulled her back into the store and pushed her into a corner, blocking the view of the CCTV security camera. He then allegedly grabbed her by the head and neck and threw her to the ground, punched her in the face while straddling her as she was on the floor over the course of more than seven minutes, according to the district attorney’s office.Khan allegedly reengaged in struggling with the girl even after being separated from her by police officers. Coworkers and onlookers had also urged him to stop.The alleged incident was captured in part on video by a witness and later shared on social media.Khan was under explicit orders not to touch any customer, including suspected shoplifters. A lengthy investigation found that he had been reprimanded at least four times previously for using more force than permitted by his employer and for violating protocol, according to the district attorney’s office.“The Boston Police were exemplary in deescalating the situation when they arrived, and the other Securitas employees in the store behaved appropriately during the encounter,’’ Suffolk County District Attorney Rachael Rollins said in a statement Wednesday. “Being a special police officer allows someone the power of arrest, but with that power comes great responsibility. I applaud the vast majority of Boston Police officers and SPOs who behave professionally and with restraint.’’Khan is scheduled to be arraigned Dec. 17 in Suffolk County Superior Court. It’s unclear whether he has obtained a lawyer.ABC News has reached out to Securitas for comment.Massachusetts state law mandates that the girl involved could not be charged with shoplifting, due to her age.The girl’s mother, Sherrice Williams, told Boston ABC affiliate WCVB-TV that the encounter left her daughter bruised, swollen and also emotionally scarred.“She does counseling now,” Williams said.Copyright © 2019, ABC Audio. All rights reserved.