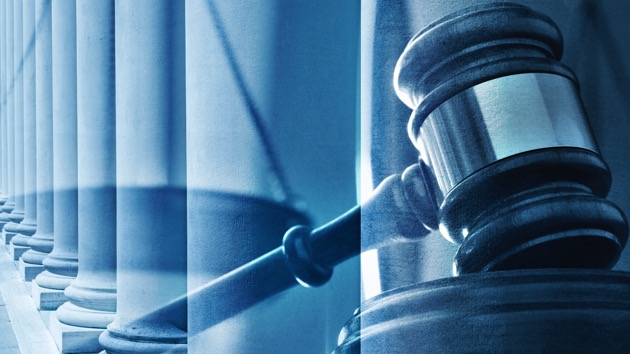 DNY59/iStock(WASHINGTON) — A former FBI official is under investigation for allegedly altering a document related to the 2016 surveillance of former Trump campaign adviser Carter Page, according to sources familiar with the matter.The potentially criminal matter was referred to U.S. Attorney John Durham by Department of Justice Inspector General Michael Horowitz, who has concluded a wide-ranging probe into the origins of that surveillance and other actions taken by DOJ and FBI officials involved in the early stages of the 2016 investigation into Russia’s election interference.Horowitz has said he will release the final report on his findings Dec. 9, and will face lawmakers two days later in a public hearing before the Senate Judiciary Committee.Sources familiar with the matter emphasized that the alleged alteration may not have had any material impact on the appropriateness of the Foreign Intelligence Surveillance Act, or FISA, warrant targeting Page. CNN first reported the development Thursday evening.But the alteration could provide more insight into why a separate, still-ongoing review of the Russia probe launched by Attorney General William Barr, and led by Durham, has recently turned into a criminal investigation, according to sources.The FBI and DOJ declined ABC News’ requests for comment.The development is also likely to give more ammunition to Republican critics of the investigation, many of whom have argued that it was tainted by a cadre of officials from the Obama Administration who were politically biased against President Donald Trump.Trump himself has taken those criticisms further, arguing the investigation should never have been launched in the first place.”This was spying on my campaign, something that has never been done in the history of our country,” Trump said in a telephone interview with “Fox and Friends” Friday morning. “This was an overthrow attempt at the presidency.”But it’s not clear whether Horowitz’s scrutiny of actions taken by FBI and DOJ officials will go so far as to argue against the legitimacy of the investigation, which, following the appointment of special counsel Robert Mueller, resulted in federal indictments against 34 individuals and three Russian businesses on charges ranging from computer hacking to conspiracy and financial crimes.Republicans have suggested for months they expect Horowitz’s report to be highly damning, and at the very least will include calls for significant reform of the FBI’s investigative procedures.Democrats in turn have argued the scrutiny of the investigators is merely an attempt to deflect against Russia’s extensive efforts to interfere in the 2016 election in order to benefit President Trump.In a statement Thursday announcing Horowitz’s testimony on Dec. 11, Sen. Lindsey Graham, R-S.C., said he believes Horowitz will share “recommendations as to how to make our judicial and investigative systems better.”Copyright © 2019, ABC Audio. All rights reserved.