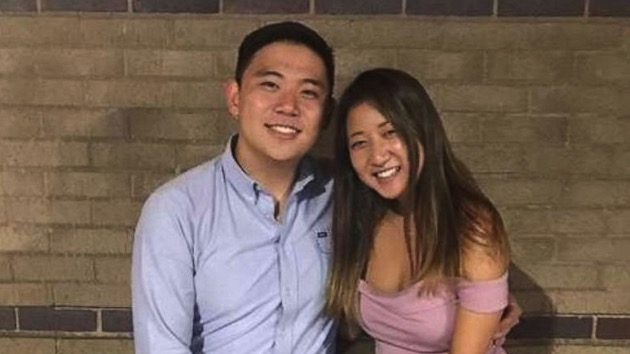 Suffolk County District Attorneys Office(BOSTON) — A former Boston College student charged with involuntary manslaughter in connection with her boyfriend’s suicide pleaded not guilty Friday.Inyoung You, 21, appeared in Suffolk Superior Court in Boston for the first time for her alleged role in the death of her then-boyfriend, Alexander Urtula. She did not speak or appear to express emotion as prosecutors detailed some of the alleged abusive text messages from You to Urtula.In one message, You allegedly wrote, “Do everyone a favor and go f—— kill yourself … Dude just f—— do everybody a favor and go kill yourself.””I want to bash your head against the wall. You’re literally a piece of f—— s—. You literally should go f—– die,” another message allegedly read.Suffolk County District Attorney Rachael Rollins had previously said You was “physically, verbally and psychologically abusive” toward Urtula during their 18-month-long “tumultuous” relationship.You also is accused of threatening her own life.Because of the abuse that Urtula allegedly suffered, prosecutors said, he was driven to take his own life.Urtula jumped to his death from the roof of a parking garage in Roxbury on May 20 — the same day he was set to walk in his Boston College graduation ceremony, Rollins said.You had previously been in South Korea, where she is from, according to Suffolk County District Attorney Rachael Rollins.She returned there sometime after Urtula’s death, Rollins said.In a review of their text messages on Urtula’s phone, the abuse allegedly became “more frequent” and “more powerful” in the days and hours leading up to Urtula’s suicide, according to Rollins.In the two months prior to Urtula’s death, the couple exchanged more than 75,000 text messages. At least 47,000 were sent by You, Rollins said.When asked by a reporter whether You “explicitly” instructed Urtula to kill himself, Rollins replied, “I would comfortably say, yes, thousands of times.”You was allegedly present when he jumped.Calls to the public relations firm representing You were not returned.A spokesman for the Urtula family said Thursday the family “has been devastated by his loss.””Not a minute of any day goes by without those who loved Alex grieving and continually feeling the sharp pain of his passing all over again,” the spokesman for the family, David Guarino, said in a statement.You was led away from the court room in handcuffs. Her bail was set at $5,000 and she was asked to surrender her passport and stay in the state of Massachusetts.Her defense attorney, Steven Kim, said she planned to post bail immediately.Copyright © 2019, ABC Audio. All rights reserved.