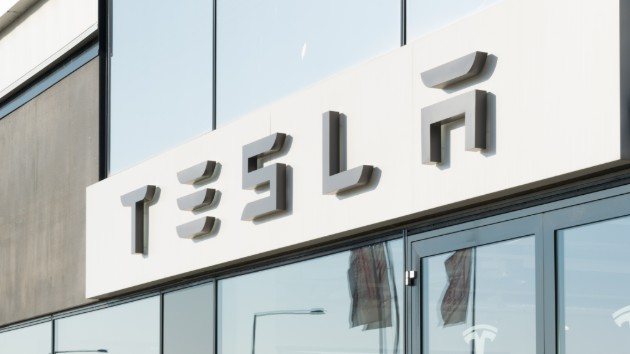 jazz42/iStock(LOS ANGELES) — It looks a little like a Mars rover, or a stainless steel triangle on wheels. But it is definitely like no other pickup truck you’ve seen before. And it lit up social media late Thursday during its unveiling with some deriding it as ugly — and others loving its futuristic style.Tesla founder Elon Musk unveiled the Cybertruck, the company’s new pickup, at a typically grand event and is already letting consumers sign up to buy and put down deposits on it even though the Cybertruck won’t be on the road until late 2021.In 2012, Musk mentioned he wanted to one day build a pickup truck. That day has come.Size-wise, the all-electric Cybertruck is on par with a Ford F-150. But Musk claims his truck is nearly indestructible. On stage, it was hit with a sledgehammer. Not a dent. Musk, who claims his truck is actually bulletproof to small arms fire, showed pictures of the truck’s door hit with a 9 mm bullet.”It’s ultra-hard, cold-rolled, stainless steel alloy that we’ve developed,” Musk told invited guests at the reveal at the Tesla Design Center in Hawthorne, California. “We going to be using the same alloy in the Starship rocket.”Musk claims the Cybertruck will be able to tow 14,000 pounds, even outperforming an F-150 in a tug-of-war contest.Musk promised his truck will get between 250 and 500 miles per charge and will go 0 to 60 mph in an unparalleled 2.9 seconds. Performance will be based on the model chosen. Plus, there will be an optional all-terrain vehicle that can be charged by loading it into the back of the Cybertruck.The basic starting price will be just under $40,000. The price goes up to close to $70,000 with optional upgrades.Tesla’s announcement came on the eve of the public opening of the Los Angeles Auto Show. At the show, just about every large automaker is showing off new electric vehicles. Some, including Toyota and Hyundai, are revealing planned electric SUVs. But no major manufacturer has waded into electric pickups yet.The most-direct competition to Tesla from a large automaker appears to be Ford’s Mustang Mach-E, which looks a bit like a Tesla Model X crossover.