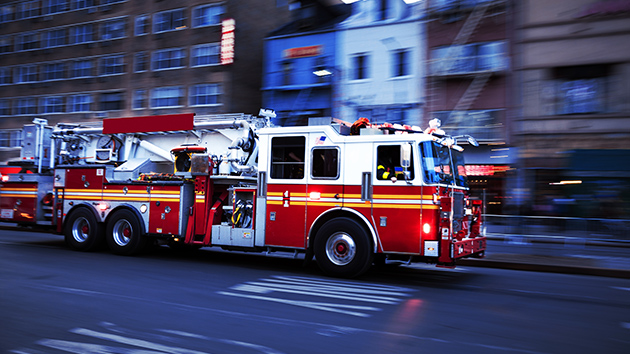 Marco_Piunti/iStock(CHICAGO) — Authorities responding to a parked car completely engulfed in flames in a quiet residential neighborhood ended up making a sinister discovery once they managed to extinguish the fire — an unidentified woman’s body sitting in the back seat.Police initially received reports of a car on fire in the Andresonville area on the north side of Chicago at about 12:48 a.m. on Friday morning when neighbors say they were awakened by the sounds of loud bangs on the street.”I heard just these sort of banging noises that at first I thought was maybe were gunfire, but I couldn’t tell,” neighbor Ross Compton told ABC News’ Chicago station WLS-TV.The sounds were the tires exploding under the pressure from the extreme heat.”[I] heard some booms, yeah, that woke us up, so, before even the fire department got here,” said neighbor Angie Little who also managed to get video of the fire. “I live in the house right across the street, so from our second story window it’s just right in front of us is the huge fire.””I see my entire living room was bright orange and I see this car completely in flames,” said another neighbor named Rob Boettcher.Authorities were able to eventually get the enormous fire under control but then made the grisly discovery of the unidentified woman’s scorched remains in the backseat of the silver Nissan sedan with California plates which were traced to the San Diego area.“It is scary. It is just hard to believe that a car is on fire and somebody was found inside,” said Little.One neighbor told WLS-TV that they noticed the car parked on the street with just a blanket in the front seat perhaps as far back as October.Investigators are now canvassing the neighborhood for clues and any new information from witnesses who could give them insight as to who may have driven the car and why the vehicle ended up more than 2,000 miles away.”It’s pretty shocking that something like that would happen on this street. It’s such a small street and there is really not much traffic at night so I don’t know when that car showed up,” said neighbor Joe Smith.Copyright © 2019, ABC Radio. All rights reserved.