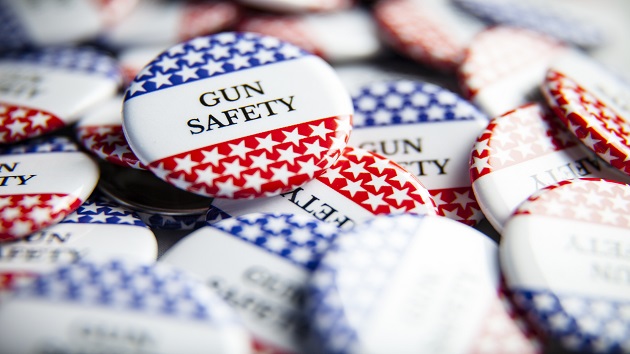 iStock(WASHINGTON) — A man working to curb the escalation of gun violence in Washington, D.C. was shot to death as he left his anti-violence training program, prompting a manhunt for his killer, friends of the victim and police said on Sunday.Clarence Venable, 40, was gunned down Friday afternoon outside the headquarters of The Alliance for Concerned Men, a nonprofit that helps at-risk youth avoid the type of street crime that claimed his life, an official with the program told ABC News.“We know his death will not be in vain. It’s going to encourage all of us to do better,” said Clayton Rosenberg, an official with The Alliance for Concerned Men.Rosenberg said Venable began training three weeks ago to become a “violence interrupter” with “Cure the Streets,” a pilot program launched in 2018 by the attorney general for the District of Columbia to prevent violence in some of the most crime-ridden neighborhoods in the nation’s capital.The program enables nonprofits like The Alliance for Concerned Men to hire and train people like Venable to foster peace in the communities they live in.“The program hires and trains neighborhood residents who are credible in their community to work as ‘violence interrupters,’ who work to de-escalate violent situations and prevent crime before it occurs,” according to the website for the attorney general in the district.Venable had just finished his training session when he left the alliance’s headquarters on Debois Place Southeast in the Greenway neighborhood of the district at about 2 p.m. and was shot multiple times just feet from the front door, according to police.The victim was taken to a hospital, where he was pronounced dead.A $25,000 reward is being offered for information leading to the arrest and conviction of Venable’s killer, who remained at large and unidentified on Sunday, police said.“We understand that this happened, but we’re not going to live in fear. We have to keep doing this because we have so many people who are depending on us,” Rosenberg said.Like most of the people accepted to train as violence interrupters, Venable had a troubled past, Rosenberg said.“At this particular moment, he was someone really committed to changing, really committed to transforming his life, and transforming other lives in the community, people going down the path that he once went down,” Rosenberg said.Rosenberg said he had just left his office on Friday to go to a bank when he got the call that Venable had been shot.Donika Hardy, 37, the mother of Venable’s three children, told the Washington Post that she was working at The Alliance for Concerned Men when she heard the gunshots and rushed outside to find the mortally wounded Venable.“He was just lying on the ground,” Hardy told The Post. “All I could do was stand there and look at him.”Rosenberg said it remains unclear if Venable was targeted because of his work in the Cure the Streets program.“We have been there for the past 30 years and nothing like this has ever happened,” Rosenberg said of The Alliance for Concerned Men. “This is shocking. But I’m a spiritual person and I see this as the devil working because he sees the change about to come and he doesn’t want to see that.”District Councilman Trayon White posted a tribute to Venable on Facebook, describing him as a “victim of what you spent your last days on the front line trying to prevent.”“Today I had to watch your family grieve. I had to watch you, the funniest man I know, lay in the hospital lifeless,” White wrote. “All you kept telling me was ‘Tray, [I’m] going to help all the youngins get off the streets and they’re going to listen to me’.”Copyright © 2019, ABC Radio. All rights reserved.