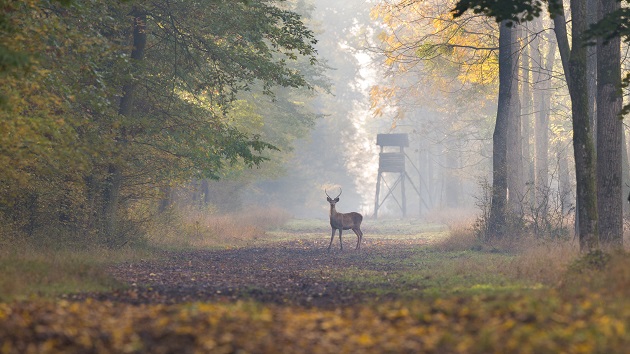 iStock/Jevtic(SLEEPY EYE LAKE, Wisconsin) — At least four people were shot in Wisconsin during the state’s opening weekend of deer hunting season, officials said.Three of the incidents occurred on Saturday, the start of the firearm deer hunting season in the Midwestern state, according to a press release from the Wisconsin Department of Natural Resources.A 38-year-old man was hunting in Oneida County and accidentally shot his left foot. The same thing happened to a 29-year-old woman hunting in Marathon County.Also on Saturday, a hunter shot at a running deer and struck a 19-year-old woman in the left hand in Fond du Lac County.Another man was shot while deer hunting in Washburn County on Sunday. The Wisconsin Department of Natural Resources is asking for the public’s help in the case, which is still under investigation.Investigators are looking for information regarding individuals or groups who would have been hunting around 11 a.m. local time on Sunday in a block of land east of Sleepy Eye Lake, near the town of Minong. Copyright © 2019, ABC Radio. All rights reserved.