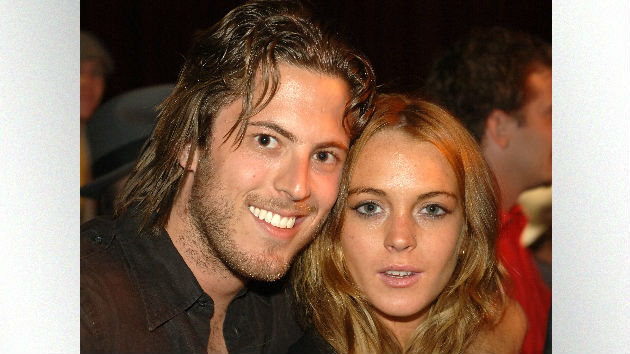 Photo by Denise Truscello/WireImage(LOS ANGELES) — Harry Morton, the man behind the trendy Mexican restaurant chain The Pink Taco, died at his $25 million Beverly Hills estate on Saturday, and one of those mourning the 38-year-old online is his ex, Lindsay Lohan.”Best friends. Best life,” LiLo captioned a black-and-white Instagram photo the pair, who dated in 2006. Her post was replied to by her parents, Dina and Michael, and Lindsay’s siblings, expressing their condolences to her.A source tells Page Six, “Harry’s family is devastated. They believe his sudden death is related to an unforeseen medical issue, but it is too early to say.”Page Six notes the Beverly Hills Police Department is investigating Morton’s death.A Pink Taco spokesperson said in a statement that the company is “saddened” by the news, adding, “Harry was a visionary and restaurateur ahead of his time, and his contributions, both professionally to our brand and personally to those he worked with, were numerous.”Morton was also romantically linked to other celebs including Jennifer Aniston, Britney Spears and Paris Hilton.  Additionally, he co-owned the L.A. music venue The Viper Room, which was once co-owned by Johnny Depp and was infamously the site of River Phoenix’s fatal 1993 drug overdose.Copyright © 2019, ABC Audio. All rights reserved.