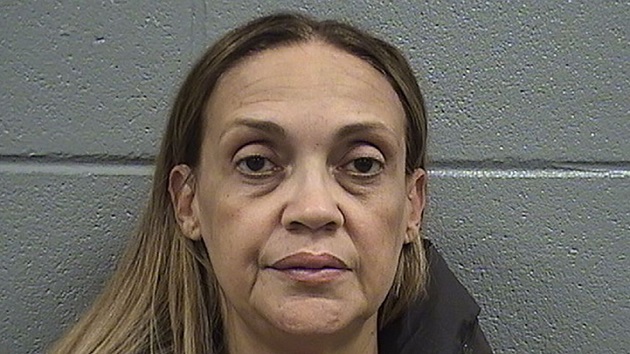 Cook County Sheriff’s Office(CHICAGO) — A Chicago woman has been charged for attempting to hire someone to murder another woman whom she apparently blamed for the breakup of her previous relationship, prosecutors said.Lissette Ortiz, 54, is facing a felony charge of soliciting murder and, if convicted, she could spend 20 to 40 years behind bars. A judge ordered she be held without bond during her first court appearance Sunday.ABC News has reached out to Ortiz’s public defender for comment.Ortiz allegedly sought to have a woman kidnapped and killed prior to Thanksgiving so that the victim could not celebrate the holiday in the Chicago home that Ortiz once shared with her ex-partner, according to court documents filed Sunday by the Cook County Assistant State’s Attorney’s Office.Last week, Ortiz approached a man identified in court documents only as “witness 2” and offered to hire him, or someone he knew, to abduct the woman then bring the victim to her so that she could “take care of the rest,” prosecutors said.Ortiz, who told the man she planned on fleeing to Puerto Rico after the kidnapping, offered him either $5,000 to abduct the woman or $500 and a television to introduce her to someone who would do the job, according to court documents.The man immediately contacted the Chicago Police Department and alerted them of Ortiz’s plan. He later told Ortiz that he had found a guy to do the job. But unbeknownst to Ortiz, that guy was an undercover cop, prosecutors said. The undercover officer met Ortiz in a parking lot near home in Chicago on the evening of Nov. 20, after she had gotten off work. Ortiz got into his vehicle where they spoke for about an hour and, after asking him for a loaded handgun, she devised a new plan, according to court documents.In an apparent effort to cover her tracks, Ortiz now wanted the officer to kidnap the woman in a car, drive to a remote location and then set the vehicle ablaze with her inside. Ortiz told the officer that “this would be better for her, as she was sure that authorities would be looking for her after the murder, and she wanted to have an alibi,” prosecutors said. But Ortiz made clear that she wanted the target to know she was “responsible for these events prior to the murder,” according to court documents.When the undercover cop asked if the victim should be killed before or after the car was set on fire, Ortiz indicated that she preferred the woman “still be alive at the time of the car fire,” prosecutors said.During the taped conversation with the officer, Ortiz confirmed “multiple times” that she was committed to going through with her plan, and even told the officer that she had already paid someone else in advance to carry out the hit but they had run off with the money, prosecutors said. Ortiz then made plans to meet with the cop on Friday night so that she could give him a portion of the $5,000 fee and show him where the target lived and worked, according to court documents.During Friday’s meeting, Ortiz again reiterated her commitment to the plan and told the undercover officer she was leaving the area until Sunday. She was then taken into custody, prosecutors said.Ortiz also faces an unrelated retail theft charge elsewhere in Cook County. She was previously convicted of theft and forgery and sentenced to two years of probation, according to court documents. Copyright © 2019, ABC Radio. All rights reserved.