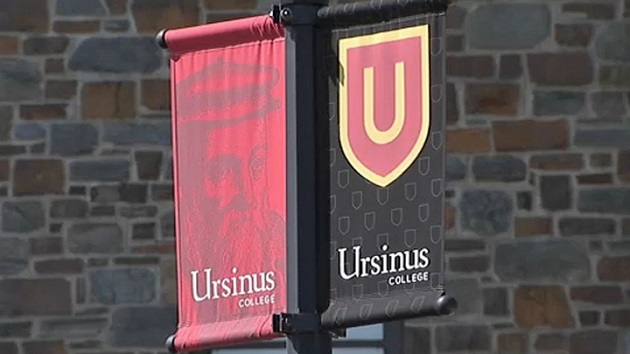 WPVI(PHILADELPHIA) — Ursinus College, a private liberal arts school outside Philadelphia, has canceled the remainder of its swimming season after finding evidence of hazing among members of the program.Both the men’s and women’s seasons have been ended early.The investigation was launched by the school in early September and found evidence of underage drinking, the college said. “While the decision to cancel the season was difficult, the safety and well-being of every student at Ursinus are our greatest priorities,” the school said in a statement. “Ursinus College does not tolerate hazing or any action that is antithetical to our values and our mission.””To those who may have been personally affected by this event, we understand that this has been a difficult experience for you,” it continued. “We remain dedicated to your well-being, as we are for every student, and thank you for placing your trust in us.”The school, which has only about 1,400 students, competes in Division III athletics.The season started for the Bears on Oct. 19 and the team had competed in five meets. It last competed on Nov. 16 against nearby Gettysburg College. The school was 3-2 in its first five meets.Ursinus had been scheduled to compete in the Golden Ram Classic over the weekend, but that appearance was canceled.According to the school, head coach Mark Feinberg “supports the decision” and “assumes a share of responsibility for the actions.” He has been placed on probation.”We are hopeful this experience will lead to a more vigorous dialogue about promoting courage and personal responsibility while cultivating and affirming a stronger community,” the school said.A number of schools have been beset by hazing allegations this semester, though it’s mostly centered on fraternities not athletic teams.Ohio University suspended all 15 of its fraternity chapters last month over allegations of hazing at two of the organizations. A student died in an alleged hazing incident at the school last year for which nine fellow students were indicted last week.Authorities had initially ruled out hazing in the death of Sam Martinez, a student at Washington State University, who was found dead at the school’s Alpha Tau Omega house on Nov. 12, but later said they were reconsidering it as a possibility, according to Seattle ABC affiliate KOMO. It will take about two months for the official investigation to conclude, authorities said.